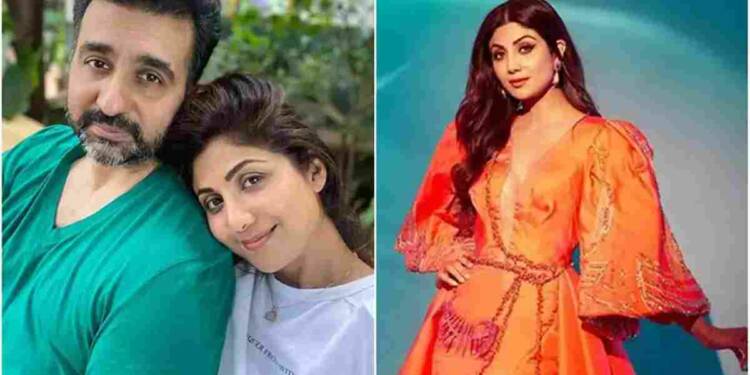 Shilpa Shetty Kundra was born on 8 June 1975. She is a Hindi-language film actress, film producer, dancer, author, businesswoman, and former model. In this article we are going to talk about the biography, career, notable works, films and family of Actress Shilpa Shetty so read the article till the end.

Shetty made her feature film debut in the thriller Baazigar (1993), for which she received two Filmfare Award nominations.

She then starred in the critically acclaimed action comedy Main Khiladi Tu Anari (1994), in which she played a dual role.

Shetty’s career saw a resurgence as a leading lady with the romantic drama Dhadkan (2000), which marked a turning point in her career. This was followed by roles in the box office hits Indian (2001) and Rishtey (2002), for which she received critical acclaim and another Filmfare nomination for Best Supporting Actress.

Shetty received critical acclaim for her performance as a career woman suffering from AIDS in the drama Phir Milenge (2004), for which she was nominated for several awards, including the Filmfare Award for Best Actress.

She went on to star in successful films such as the action thriller Dus (2005), and the drama Life in a… Metro (2007), for which she received critical acclaim, and the sports drama Apne (2007).

She made her reality television debut in 2006 by serving as a judge on the dance competition Jhalak Dikhhla Jaa. Shetty began participating in the fifth season of the British reality series Celebrity Big Brother in early 2007.

Shetty gained a lot of attention from the international media during her time in the house for both the racism she experienced from the other candidates and for finally winning the competition.

She then hosted the second season of the reality competition Bigg Boss. Since then, Shetty has been a judge on several Indian dance reality programs, including Zara Nachke Dikha (2010), Nach Baliye (2012–20), and Super Dancer (2016–present).

Shetty was born into a Tulu-speaking Bunt family in Mumbai, Maharashtra.  Both her late father Surendra Shetty and mother Sunanda produced tamper-proof water caps for the pharmaceutical sector.

She is the older sister of Shamita Shetty. In addition to mentioning her future ambitions to visit her ancestral property in Sylhet and appear in a Bangladeshi film, Shetty acknowledged her Bengali background in 2016 while attending a fashion exhibition in Dhaka.

The Shilpa Shetty app, which features yoga routines, functional training, special regimes (for women who are pregnant, struggling with menstrual cramps, and so on), and daily nutrition charts for each program, was launched in early May 2019 by the actress, who has long been the poster girl for fitness. “I believe that lifestyle changes are urgently needed. The app has something for everyone.

You can do the workouts without any equipment in the comfort of your own home, “Shilpa explains.

In addition to acting in movies, Shetty is a well-known brand and product endorser who speaks out on behalf of causes like animal rights and feminism.

Since 2006, Shetty has collaborated with PETA on a campaign to stop the use of wild animals in circuses. She also enjoys working out, and in 2015, she released her yoga DVD.

She participates in several fitness initiatives, including the Fit India Movement, which was started by the Indian government.

In recognition of her contributions to the Swachh Bharat Mission cleaning campaign, Shetty received the Champions of Change Award. She shared ownership of the Rajasthan Royals of the Indian Premier League from 2009 until 2015.

We hope this biography article of Actress Shilpa Shetty will be helpful for you to understand her journey and works.