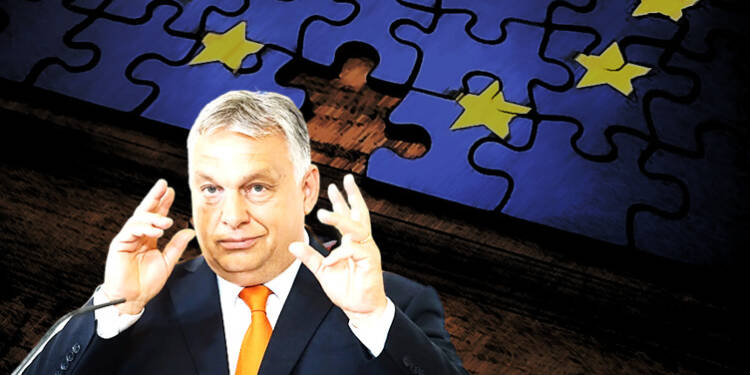 Hungary has been living in EU’s shadow for a long time. Europe’s continual attempts to deprive Hungary of its energy supplies have finally backfired. Top this with Belgium blocking EU’s funds to Hungary and it becomes easy to imagine just how frustrated the latter must be feeling.

The EU is exercising provocative control over the pandemic recovery fund, which is worth 800 billion euros and another fund that Hungary thought it could use to modernize its infrastructure. Hungary is entitled to approximately 31 billion euros from these funds for the twin purposes of fending off a looming catastrophic recession and controlling skyrocketing inflation. And the country needs these funds right now. The state of affairs in Hungary is slowly turning violent. The EU is not the only entity that Hungary is in conflict with. A feud with the European Commission and Belgium has also been simmering. Belgium has been upset with Hungary ever since the latter exercised its veto to stop the oil embargo on Russia to protect its interests. Hungary in retaliation against this hostile sentiment recently passed a law that would effectively weaken the EU Parliament’s hold over it.The freezing of funds is a sensitive issue for Hungary. They are in dire need of these funds now and in case the funds are withheld, Hungary might soon start having second thoughts about its EU membership.

Read more: Hungary is set to become the energy capital of Europe

Pro EU MEPs are of the opinion that Orban is trying to outsmart the EU. Green MEP Daniel Freund said that Orban has repeatedly outsmarted the panel by indicating he will surrender on various issues while planning his next ruse to trick them. Freund has said that the funds won’t be released by autumn as a lot of changes have to be taken to restore the rule of law after 12 straight years of Orbán government.

“Our experience has been over a decade that they say they abide, then drop one thing and then they come back through the backdoor. We have never resolved an issue 100%,” one senior EU official told the Guardian.

Hungary’s ultimate solution lies in the form of a man called Tibor Navracsis who will be the negotiator-in-chief for the release of these funds. Navracsics has now insisted Hungary could be trusted to make significant improvements as demanded by the EU because “we make enough institutional changes and because I’m the main negotiator and I can give personal safeguards for that”

Brussels has been at loggerheads with Hungary since Budapest used its veto to stop the oil embargo on Russia to protect its need and requirements. Hungary is being sued by the European Commission at the European Court of Justice over an LGBTQ law and a decision to revoke the broadcast licence of the last independent radio station in the nation.

The move is seen as a deal breaker for Hungary if the funds aren’t released. However, the reason for the blocking funds was aftermath Hungary denied sharing its gas from its reserves. The relentless bullying by EU has annoyed Hungary.

Hence, we can say Hungary is only a few billion dollars away from leaving the EU.