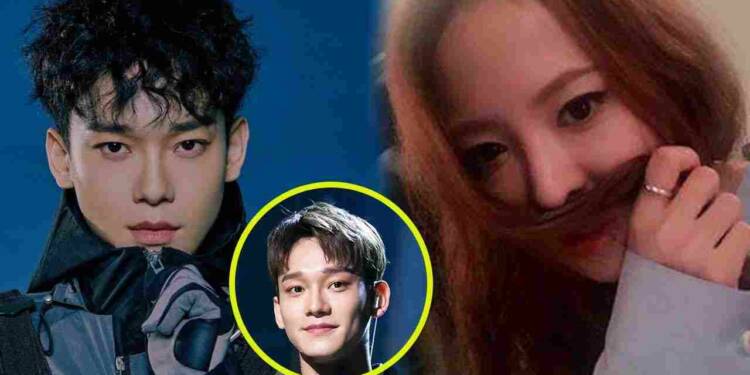 Kim Jong-Dae was born on September 21, 1992. He is a South Korean singer and songwriter better known by his stage name Chen. In this article we are going to talk about the biography, career, notable works, songs and family of Kim Jong Dae so read the article till the end.

He made his debut in 2012 as a member of the South Korean-Chinese boy band Exo and its subgroup Exo-M and has since gone on to participate in SM Entertainment’s Exo-CBX and SM the Ballad projects.

Kim Jong Dae is a famous singer and internet celebrity and he worked in so many songs and albums, this biography article is incomplete without talking about his songs and shows. So here you will gain info about his career and life.

Kim Jong Dae co-wrote the lyrics for “Promise,” a song from Exo’s second studio album Exodus, with fellow members Chanyeol and Lay in June 2015. He made his musical theatre debut as Benny in the SM C&C production In the Heights in August 2015.

Under the alias “Legendary Guitar Man,” he also competed in and finished second in the eleventh round of the music television show King of Mask Singer

Chen and South Korean singer Punch released a duet titled “Every time” as part of the soundtrack for the KBS drama Descendants of the Sun in February. On Gaon’s weekly digital chart, the song debuted at number one.

Chen made her solo debut in 2019 with the extended play April, and a Flower, which charted at number two on South Korea’s Gaon Album Chart and produced the hit single “Beautiful Goodbye.” Continuing his success, his second extended play “Dear My Dear, which included the single “Shall We?” was released later that year and debuted at number one.

Kim Jong Dae ‘Chen’ was born on September 21, 1992, in Daejeon and grew up in the Siheung neighborhood of Jeongwang-dong.

At the age of 19, Kim Jong Dae became a trainee at SM Entertainment through the company’s Casting System. He was formally introduced as Exo’s fourth member on December 29, 2011.

At the 2011 SBS Gayo Daejun, he made his first public appearance as an Exo member alongside Luhan, Tao, and Kai.

Chen joined the ballad group SM the Ballad in 2014, which was founded by SM Entertainment in 2010. He performed the Chinese version of the lead single “Breath” with Zhang Liyin on the group’s second album Breath.

He also performed “When I Was… When U Were…” with f(Krystal )’s and “A Day Without You” with Shinee’s Jonghyun. Chen performed his duets with Krystal and Jonghyun live on February 12 at the SM the Ballad Joint Recital.

Kim Jong Dae announced his upcoming marriage to his non-celebrity girlfriend on January 13, 2020, in a private ceremony attended by both of their families. Chen’s fiancée was also revealed to be pregnant. On April 29, they welcomed their first child, a daughter.

He is most well-known for his role as Exo’s lead vocalist. Aside from his group’s activities, Chen has also recorded songs for various television dramas, the most notable of which are “Best Luck” for It’s Okay, That’s Love (2014) and “Every time” for Descendants of the Sun (2016). 21st of September, 1992.

We hope this biography article of Kim Jong Dae will be helpful for you to understand his journey and works.

Collection of 25 Irritating quotes and captions