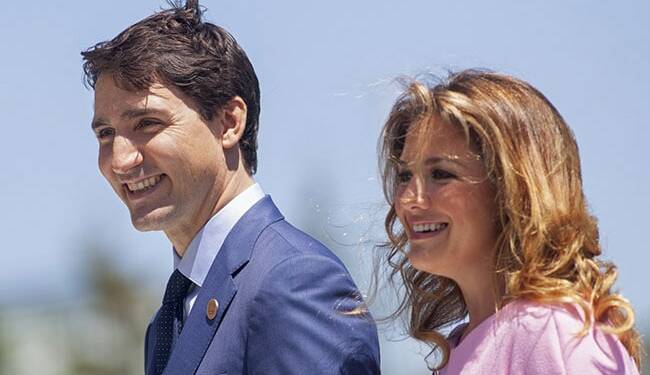 Canadian Prime Minister Justin Trudeau’s hold on power is getting weaker day by day. His efforts to cling on to power until 2025 are insufficient for a democracy.

Trudeau’s involvement in high-profile scandals like the WE Charity scandal in 2020 has severely dwindled his popularity. A national poll from Abacus Data in July this year reported a 51 per cent disapproval rate for the Trudeau Administration.

And if that was not enough, Mrs Trudeau also is no saint and has been a partner in crime with her husband.

The WE Charity scandal was an eye-opener for Canadians. The event highlighted the sins of not only the Trudeau family but also of his Finance Minister Bill Morneau.

If you do not know the details of the WE scandal, here is a quick brief.

The popular youth organization WE Charity received a no-bid contract from the Canadian government in June 2020 to manage a C$912 million emergency volunteer programme for students affected by the Covid-19 economic crisis. The charity would have received up to C$43.5 million under the terms of the agreement to oversee the programme.

However, the WE Charity was found to have personal relations with both the Trudeau and Morneau families. The Prime Minister and the Finance Minister were thereafter rightfully accused of not recusing themselves from the decision-making committee despite knowing that their presence would incur a definite conflict of interest.

According to reports, Trudeau’s wife, mother, and brother had previously accepted large sums of money to appear at WE Charity events, and Morneau had neglected to pay back the organisation for trips to Kenya and Ecuador.

Trudeau shifted the blame by announcing that his selection to the committee was done by Canada’s bureaucracy, and his discretion in the matter only extended to approving or rejecting the entire proposal.

Well, one might ask Mr Trudeau why he did not remove himself from the decision-making process despite being aware that his presence was a conflict of interest.

What is in fact shocking to discover was the monetary relationship between Trudeau’s wife Sophie Gregoire Trudeau and the WE Charity.

WE Charity had previously announced that Sophie Gregoire Trudeau had received $1,500 for her one presence. Further, the documents made public revealed that the charity had paid $23,940.76 in expenses for eight appearances between 2012 and 2020.

The event was indeed a shocker for the Canadian populace. According to a survey, Trudeau’s approval rating in May 2020 sat at 55 percent, but that number fell to 44 percent after the discovery of the scandal.

The Trudeau Administration in 2021 was already in a coalition and would have not been able to come back to power in the 2023 elections. Sensing this, the liberal leadership headed by Trudeau took a very selfish decision.

They called for Snap elections because they did not want to wait till 2023 and let their popularity dwindle even further. As a result, the liberal leadership influenced Governor General Mary Simon and requested her to dissolve the parliament — a request she approved.

Trudeau thereafter called for elections amid a deadly Covid wave, not thinking about the safety of the Canadian populace. This fact is more than enough to prove Trudeau’s selfish nature.

“Canadians are worried about the fourth wave of Covid-19 … Now is not the time for an election. We can all wait and go to the polls when it’s safe,” Erin O’Toole, the Conservative opposition leader said at the time.

However, the administration did not care for the worsening conditions and influenced the national machinery to call for elections in the hope of forming a majority government. Unfortunately, they were unaware that the people were already rising up against the dictator Prime Minister.

Trudeau was still not able to form a majority in the snap elections and had to reforge a coalition with the NDP. The Liberals set a record for the lowest vote share of a party that would go on to form a government, winning 32.6 per cent of the vote share, while losing the popular vote to the Conservatives as they did in 2019.

The Conservatives now hold 121 seats in the House of Commons. According to the recent trends and taking into account Pierre Poilievre rising popularity, they are predicted to establish a majority government in 2025, dispelling Mr and Mrs Trudeau’s delusion that they can win Canada at their whims and fancy.