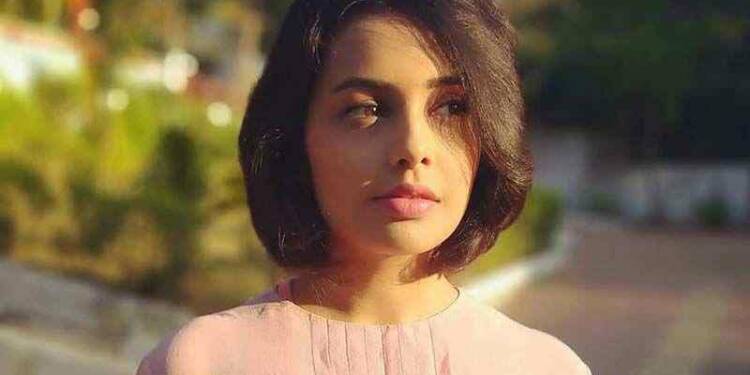 Shivani Rangole, an Indian actress, was born in Chinchwad, Pune, Maharashtra, on October 28, 1995. Among her works, Phuntroo (2016), Dr. Babasaheb Ambedkar – Mahamanvachi Gauravgatha, and Chintoo 2: Khajinyachi Chittarkatha are notable films. In this article we are going to talk about the biography, career, notable works, films and family of Actress Shivani Rangole so read the article till the end.

She participated in numerous plays while in college, which sparked her desire to pursue an acting career. She gained notoriety after originating the character of “Mahua” in her first Marathi TV series, “Shejari Shejari.”

In 2016, she began working in the Marathi film business. She has acted in Marathi films, including “Chintoo 2: Khajinyachi Chittarkatha,” “and Jara Hatke,” “Phuntroo,” and “Double Seat.”

She has appeared in a few plays, including “Welcome Zindagi,” “Anathema,” and “Jhulta Pool.”

Shivani and Rohit KaduDeshmukh frequently hang out because they are fabulous friends.

The most popular TV series was YOLO – You Only Live Once (2017), a story of four friends, Choko, Pari, Sarika, and Rochak, which became popular among youths. She had been fond of acting since an early age and participated in various stages before entering the TV world.

On October 28, 1995, in Chinchwad, Pune, Maharashtra, Shivani Rangole was born. Atul Rangole, a mechanical engineer, is her father, and Radha Rangole, a school professor, is his mother.

She attended Abhinav Vidyalaya for her education. Shivani then completed her Humankind degree at Fergusson College in Pune.

She has a beautiful appearance and a height of approximately 163 cm. Shivangi is said to be around 50 to 60 kg of weight and has a slim-fit body. She is very photogenic and posted several attractive pictures of herself on her social media accounts.

Shivani successfully attracts many followers on social media; her Instagram account has over 300k followers. She shares tons of solo pictures on her Instagram. She is recently seen sharing a makeup video too. She calls herself an Actor, reader, poet, and bibliotherapist on her Instagram handle.

Shivani Rangole and Virajas Kulkarni tied the knot on May 3, 2022, in Pune. Both of them come from an acting background and her husband is also a popular actor. The wedding was a lavish traditional Maharashtrian affair with a hint of South Indian culture. Aashay Kulkarni, Saaniya Chaudhari, and other Marathi actresses attended the lavish wedding and sent their best wishes to the happy couple.

With the Marathi drama, Majha Hoshil Na, in which he starred opposite Gautami Deshpande, Virajas Kulkarni just made his television debut. For a few years, Shivani and Virajas Kulkarni had a close relationship. They unintentionally ran into each other at a drama rehearsal. They have been friends for more than ten years.

She played Vaibhavi in the horror television series Sang Tu Aahes Ka on Star Pravah in 2020–2021.

Her left wrist has a tattoo on it.

Shivani Rangole was raised in Pune, Maharashtra, where she was born.

She played Rupa, the female protagonist’s sister, in the Netflix web series She, starring Aditi Pohankar and Vijay Varma.

Ketaki Mategaonkar, an actress and singer, is close to her.

We hope this biography article of Actress Shivani Rangole will be helpful for you to understand her journey and works.

Dear Nationalists of Canada, Beware! You are a national security threat now