What To Do In Case Of A Nuclear Attack? 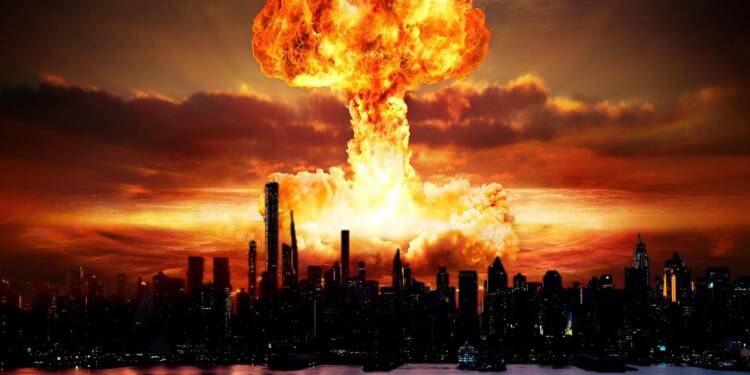 Midway through July, the City of New York released a public service announcement in the form of a film that advised people on what to do in the event of a nuclear explosion. According to sources from the local news, the public service announcement was not made due to an imminent threat, which is fortunate: Only twelve per cent of those polled in New York City by the 2021 Global Strategy Group claimed they were ready for “a radioactive disaster, such as a nuclear bomb.”

The study was designed to determine New Yorkers’ preparation for responding to various types of emergencies.

Since Russia invaded Ukraine in February, there has been an upsurge in the worry that nuclear weapons may be used, particularly when Russian authorities raised the grim prospect of using these weapons if they perceive that the West is becoming overly involved in the conflict. (These are the nations that have the authority to control nuclear weapons around the globe).

In case of a nuclear attack, students were instructed to take cover beneath their desks in the event of a nuclear strike and to protect their heads and necks with their textbooks.

In the public service announcement for New York, the instructions advise people on what to do during a nuclear attack, such as to get inside a building and move away from windows, remain indoors, and remove their outer clothing before taking a shower with shampoo or soap, and to remain tuned for information from the authorities.

Complete Guide On What To Do During A Nuclear Attack

How to prepare for a nuclear attack?

Wondering how to survive a nuclear attack? First, determine the locations of the shelters. Find the safest place to take refuge close to where you spend most of your time, such as your house, your place of employment, and your place of education. The most desirable settings are subterranean or centrally located within larger buildings.

Outdoor locations, cars, and mobile dwellings do NOT provide enough shelter. Try looking in the basements of massive multi-story buildings or the middle of those buildings. Make sure you have an emergency supply kit for places you go frequently and where you could be forced to stay for a full day.

It should contain things like bottled water, packaged snacks, emergency medications, a hand-crank or battery-powered radio to acquire information if the power goes out, a flashlight, extra batteries for vital goods like flashlights and radios, and enough supplies for at least three days.

Set aside goods such as soap, hand sanitizer that includes at least 60 per cent alcohol, disinfecting wipes, and normal household cleaning supplies that you can use to disinfect surfaces that you frequently touch. Remember to consider each person’s particular requirements, including their medicines. In case of a nuclear attack remember not to ignore the requirements of the pets.

Keep A Record Of The Happening

Having a record of the event in case a nuclear attack occurs is very important. If you need to call someone for help, recording calls is a smart step, and it will help for future tips and notes. iCall is the best choice for a call recorder software. iCall is a phone recorder iPhone and Android app available at the app store for both phones. With the call recorder, you can keep the information and use it as a guide or note for the future if a nuclear explosion occurs again.

During The Nuclear Explosion

In case of a nuclear attack, is informed, get inside and away from windows. This will guard against blast, heat, and radiation. When you’re safe, keep six feet between you and non-household members.

When sheltering with non-family members, use a mask. Children under 2, those with breathing problems, and those who can’t remove masks themselves shouldn’t wear them. During an explosion, take cover behind anything that can protect you. Face down to avoid heat and debris. If possible, avoid touching your face.

After the shock wave passes, seek fallout shelter. You have 10 minutes to find shelter. Inside before the fallout. Radiation levels from fallout are highest shortly after arrival and decline over time. Emergency officials will provide updates. Listen for evacuation routes, shelters, and procedures.

Do not return until the officials say it’s safe. If authorities tell you to leave, carry hand sanitizer with at least 60% alcohol, cleaning supplies, and two masks per person. Under-2-year-olds, those with breathing problems, and those who can’t remove masks shouldn’t wear them.

Stay Safe After The Incident

After the fallout, clean any outside pets. Brush your pet’s coat to remove fallout particles and wash it with soap and water, if possible. It’s okay to eat or drink packaged or indoor food. Food or drinks left outside may be polluted by fallout.