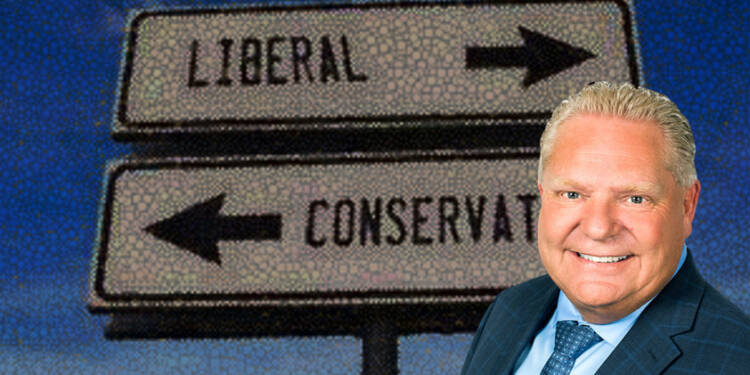 In contrast to Ottawa, which has remained primarily the home of the Canadian Liberal Party, the Ontario province has a different political climate. The 2018 Ontario General Election saw the decline of the Liberal party giving a wiggle room for the Conservatives led by Doug Ford to get back into power.

Doug Ford has been a hardcore conservative and had been a harsh critic of Trudeau’s policies. For instance, both have been locking horns over the handling of Covid cases in the Ontario province. Ontario’s Progressive Conservative party under Ford, accused Trudeau of failing to appropriately restrict travel into the province by releasing an advertisement.

A change of heart

However, Doug Ford appears to have changed his mind recently about Justin Trudeau. There are rumours that Justin Trudeau and Doug Ford have friendly connections. For instance, Trudeau and Doug Ford teamed up to announce support from the federal and provincial governments for a $3.6 billion investment in facilities in Windsor and Brampton for the production of electric vehicles. This clearly shows how Trudeau is using Doug Ford as a pawn in the province of Ontario.

Doug Ford served as a puppet yet again when Trudeau imposed the emergency act in February 2022, granting the government the authority to prohibit public gatherings in particular places and seize property, including tow trucks. 39 trucking companies were basically shut down by the Ontario Ministry of Transportation as a result of a crackdown on so-called Freedom Convoy protesters.

“It’s critical that all levels of government work together. It’s critical that our police forces have every single tool needed to resolve the situation and restore order,” Ford said Tuesday at a news conference in Hamilton, Ontario. “I don’t care about the politics.”

In addition, The Toronto Star stated in 2021 that the federal Liberals and provincial Progressive Conservatives had decided to maintain harmony that time around, in contrast to the 2019 campaign in which the prime minister lost his legislative majority. For the subsequent federal election, Justin Trudeau’s Liberals and Doug Ford’s Progressive Conservatives had secretly reached an electoral truce and non-aggression pact. Ford had also instructed his cabinet ministers not to support Trudeau’s main opponent, Conservative Leader Erin O’Toole, according to a Globe and Mail newspaper report.

However, it appears that Mr. Ford is courting the province’s liberals to secure their support in the approaching elections. Coordination may benefit politicians at both levels, something that Mr. Ford is undoubtedly aware of this time around, especially since the many millions of voters in metropolitan Southern Ontario effectively elect both the federal and the Ontario governments.

But Mr. Ford is utterly failing to grasp the idea that his strong ties to Trudeau or, to put it another way, the liberal party, could cost him dearly by making him lose the confidence and support of the Conservatives.

Ontario is home to swing voters. No political party in this province holds an edge as it is all up to the people in the province to decide which political ideology they are tilting in favour of.

So, Mr. Ford found it apt to serve the interest of fellow liberals to hang on to power. The perks of making such compromises are handy as and Ford won’t be anymore a martyr to liberal media attack.

Therefore, all we can say is that the aforementioned incidents largely demonstrate how, despite being governed by the progressive conservative party, Ontario is increasingly serving as a center for the dissemination of liberal views under Doug Ford.

Collection of 30 Freaky quotes and captions