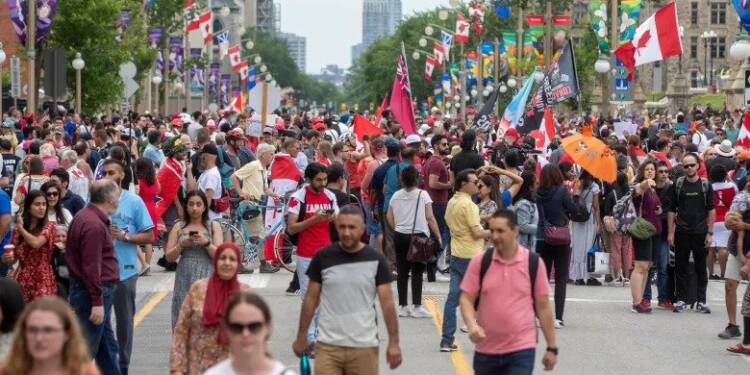 Native Canadians must be in a huff now. Why? Well, their culture is now being wiped out from their country. The land has become the breeding ground of multi-cultures as alien languages have cemented their strong presence in the great white north. Welcome to ‘diverse Canada’.

If you’re planning to move to the ‘Diverse Land”, either permanently or temporarily, you must be fluent in probably two languages- English and French. right? But hey! You are mistaken. We all know that Canada has gone through a lot with Trudeau in power. Canada has witnessed a twist of fate. Let’s talk about the facts.

According to the latest statistics, around 13 per cent of the country’s population do not speak English or French as their first language. In Toronto and Vancouver, Canada’s largest and third-largest urban areas, Mandarin is the primary non-official language used at home, according to a recent census study.

In the present scenario, Canada’s most widely spoken languages are Mandarin and Punjabi, followed by English and French. In 2021, more than 500,000 Canadians spoke Punjabi and Mandarin at home.

Thus, we might not be wrong if we say, “Hone your Punjabi, or Mandarin speaking skills if you are planning to move to the ‘diverse land’.”

The number of Urdu speakers, along with other South-Asian languages, is also rising in the country, as per the latest data.

But the sum and substance of the whole matter is the huge influx of immigrants. According to StatCan, the rise in immigration from Asian nations has contributed to the diversity of languages and the expansion of Asian languages.

Seeing how French and English are losing their roots is certainly troubling. Isn’t it your responsibility to protect the linguistic minorities, the francophones of your country, Mr. Trudeau?

During a visit to Quebec, Trudeau reacted to a data released this week indicating that the proportion of Canadians who speak mainly French at home has dropped in nearly all provinces and territories. In Quebec, the percentage of people who primarily speak French at home fell to 77.5% in 2021 from 82.3% 20 years earlier.

“The numbers that recently came out … are extremely troubling and worrisome, but not entirely a surprise,” Trudeau said. Yes, but why will it be a surprise to Trudeau? After all, you are well aware of your weak policies. You introduce bills that go missing in action. This is what happened with Bill 96.

There’s all talk but no action yet. For those unaware, the federal government tabled a bill earlier this year to increase the use of French in federally regulated private businesses.

Bill 96 extends strict French-language rules for businesses, requires immigrants six months after they arrive in Quebec to communicate with the government in French only, and caps enrolment at English-language junior colleges.

Take my case, I’m. I’m an Indian. If my government opens the door for Canadians to come into India and reside here, I expect those arriving Canadians to imbibe and respect our culture. I loathe the idea of English overtaking the predominant Hindi in my beloved nation.

But in Trudeau’s land, anything can happen. Canada is losing its ethnicity and culture at the hands of Trudeau. He is just vowing to secure the francophones and anglophones in his country, but nothing has been done yet.

With all this, it worries native Canadians about losing their grip on their beloved heritage and cultural ethics. You see, language is a very important aspect of any culture or community. Or simply speaking, it is the essence of any culture. However, Trudeau’s appeasement policies are completely indifferent to this fact. His immigrant-friendly policies allow foreign languages to flourish in the country which in due time will impact the demographics of the North American country.