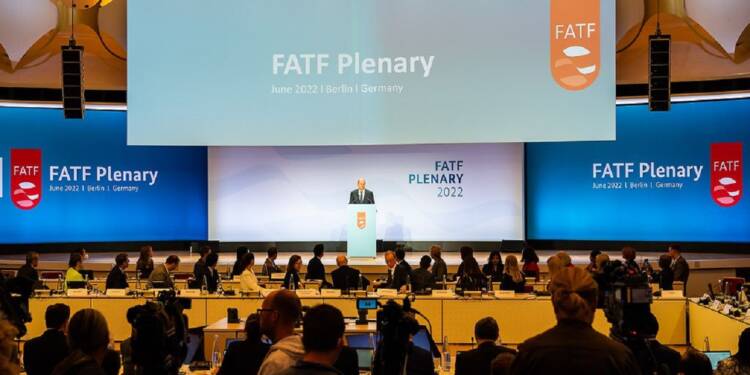 A central European country has been designated as the sponsor of terrorism, the biggest terror finance watchdog of the world claims it.

The country is none other than the industrial heartland of Europe, Germany. Germany and terrorism? Something’s amiss here. It’s nothing but another evil plan devised by US and its allies to pull the marionette strings to control the country which has always toed its line. According to Financial Action Task Force, the organization that ensures global action to combat money laundering and terrorist financing its spotlight on Germany. The global watchdog claims that despite a flurry of measures in recent years, Germany hasn’t done enough to combat money laundering.

In a report released on Thursday, FATF says that Germany faces coordination issues and doesn’t sufficiently address the possibility of large amounts of cash being smuggled across its borders despite having more than 300 authorities tasked with combating money laundering.

But, why has the attention of FATF shifted on Germany all of a sudden?

Well, FATF is controlled and managed by US and its allies. To put things into perspective, when Donald Trump called the shots from White House, Pakistan was grey listed in FATF. As soon as Biden came to power, Pakistan was removed and UAE was put on the grey list.

Are you seeing the chronology here?

Would UAE be grey listed when Trump was in power, Or Pakistan when Biden is in power? NEVER. The structure of FATF makes it easier for US and it’s allies to control it as per their whims and fancies. Countries can’t veto on decisions like they can in United Nation Security Council and the majority always leans toward US.

Germany has already been making attempts to beef up the measures to check financial crimes on its soil, particularly after the failure of it’s electronic payments company Wirecard AG in 2020 that caused investors to lose faith in the nation as a favourable place to do business.

Incidentally the German finance ministry unveiled a plan calling for creation of a single organisation to combat money laundering and coordinate the implementation of sanctions, just a day before the FATF report came out.

Finance Minister Christian Lindner told reporters, “In Germany we focus a lot on the small fish, but the big fish swim away from us.” he called the creation of the agency “a paradigm shift.” he continued, “We don’t want our country to be called a money-laundering paradise any longer. So what should apply is: Follow the money.”

So, when Germany is already making efforts why is FATF concerned?

Well, Europe’s biggest economy Germany is starting to see the light of the day. It wants to put its interests first and pull out of the Ukraine war which has dealt a heavy blow to their economy which is on a verge of recession. The country now stands on the pivotal moment in history when it can be de-industrialised.

In just two months, the cost of electricity and gas has more than doubled in Germany, with year-ahead power rates surging to 570 euros ($573) per megawatt hour. The price was 40 euros two years ago.

BMW AG is intensifying its planning in case of a shortfall. Due to increasing energy costs, packaging company Delkeskamp intends to shut down a paper mill in the northern city of Nortrup. We have already reported how BASF, the largest chemical company in Europe was planning to shut down its operations and lay off it’s employees because of the dearth of gas.

These are just a few examples why Europe’s industrial heartland faces a potential exodus to US, China, or India. It can also see a civil war spiraling across the country.

To prevent all of these, it has not sent any weapons to Ukraine in the last two months. Rather, it is importing turbines from Canada to bring the gas flows to pre-war levels.

Calls within the party of German chancellor SPD have risen, they want an end to Ukraine war and negotiate with Russia. Multiple MPs and MEPs to Scholz wrote a letter titled “The weapons must be silent!” “The escalation spiral must be stopped.” The letter calls for a “modus vivendi.”

Not just SPD, but even its coalition partner Free Democratic Party of Germany (FDP) wants to certify Nord Stream 2 whose certification was halted by Scholz in the beginning of the war.

And, if Germany pulls out of Ukraine war, its consequences will be far many. It’ll start a domino effect and many other countries would follow its lead.

Therefore, to keep a check on Germany, US has devised this evil plan to blackmail it through FATF. What do you guys think, will US succeed in it’s devious plan or will Germany pull out of the war?