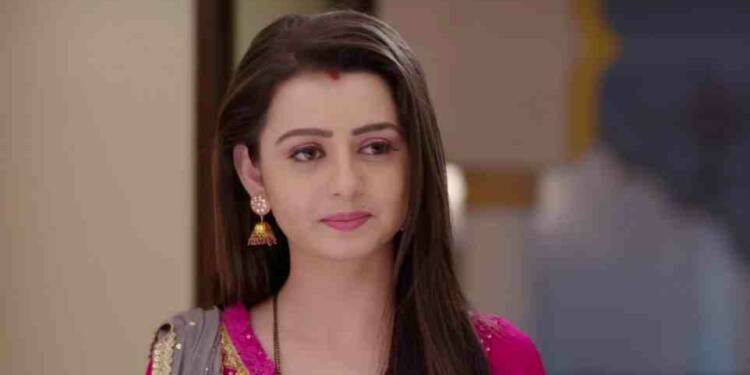 Chahat Pandey is a popular television actress who has played the key roles of Mahua Mishra in Nath – Zewar Ya Zanjeer, Pakhi Parekh in Hamari Bahu Silk, and Durga Aneja in Durga – Mata Ki Chhaya. In this article we are going to talk about the biography, career, notable works, films and family of Actress Chahat Pandey so read the article till the end.

Chahat and his mother are charged with breaking into the maternal uncle’s home in June 2020 and attacking him. Both were detained and taken to jail on June 17. Two of Chahat’s younger siblings were also involved in the incident at the same time; however, the court granted the younger brothers’ requests for relief and did not imprison them.

In the 2016 television soap opera Pavitra Bandhan, Pandey made her acting debut as Mishti Roy Choudhary, the younger daughter of the lead character Girish who has recently returned from living in America. She also appeared in a few episodes of the Savdhaan India criminal drama series.

In the teaser video for the 2017 soap opera RadhaKrishn, Pandey played the title heroine Radha; however, Mallika Singh eventually took her position.

In the 2019 television series Hamari Bahu Silk, Pandey plays the lead part of Pakhi Parekh, a voice actor who subs for an actress who appears in a number of sensuous films but has a harsh voice in real life.

In the Star Bharat television series Durga – Mata Ki Chhaya, which aired from December 2020 to March 2021, she played the title role of Durga Aneja, a god-gifted kid born with blessings from Goddess Durga.

Pandey has been playing Mahua in the Dangal TV series Nath Zewar Ya Zanjeer from August 2021. Mahua is a girl who rebels against the nath system that is prevalent in some rural areas of India.

The television appearances gave her a lot of attention from the viewers and without any digital marketing campaigns, she has over 300k followers on Instagram.

In the Madhya Pradesh village of Chandi Chopra, where Chahat Pandey was born and nurtured. When she was little, her father passed away. She finished her 10th grade at Jabalpur Naka’s Adarsh School and her 12th grade at JPB School, both in the Damoh district.

Bhavna Pandey is her mother. She completed her fifth-grade education at Chandi Chopra. Mani Pandey was his father, he died when Chahat was a kid.

No information related to her affairs is available in the public domain. She is said to be private about her personal Life.

She and the other actors on the show claimed in 2020 that their payments were past due and that her landlord was evicting her for not paying the rent. She quickly denied the claims, claiming that her mother’s statement had been misinterpreted, and there were even rumors that she had tried to kill herself. In 2021, the issue with her financial obligations was finally resolved.

When Pandey slipped on a piece of glass while barefoot in February 2020 while filming an episode for Mere Sai – Shraddha Aur Saburi, she was briefly hurt and sent to the hospital.

Additionally, she had acting instruction from Balaji Group in Indore.

For the sake of her acting profession, she relocated to Mumbai.

We hope this biography article of Actress Chahat Pandey will be helpful for you to understand her journey and works.

Canadian farmers go hungry, and a domino effect is on the cards