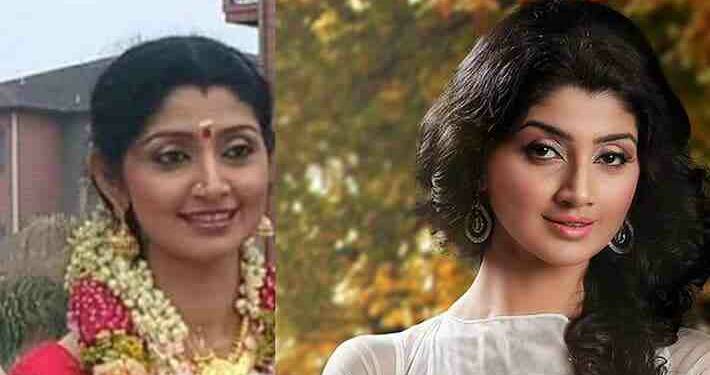 American-Indian actress and classical dancer Divya Unni teaches a variety of dance styles, including Bharathanatyam, Kuchipudi, and Mohiniyattom. In this article we are going to talk about the biography, career, notable works, films and family of Actress Divya Unni so read the article till the end.

Ponnethmadhatil Unnikrishnan and Kizhkemadhatil Uma Devi welcomed Divya Unni into the world in Kochi, Kerala, India. Her mother Uma Devi is a Sanskrit instructor and the head of the Sanskrit department at Bhavans Vidya Mandir in Girinagar.

Divya has starred in more than 50 movies in the Malayalam, Tamil, Telugu, and Kannada languages.

Divya made her acting debut as a young child in the 1987 movie Neeyethra Dhanya, when she was a second-grader. Pookkalam Varavayi (1991), a film by Kamal and O’ Faby, came next (1993). She also appeared in the Vinayan-directed television series Iniyonnu Vishramikkatte.

Kalyana Sowgandhikam (1996), which starred Dileep and Kalabhavan Mani in the major parts, was Divya’s debut feature film as a leading lady. She acted in it when she was fourteen and in the tenth grade. She then collaborated with the filmmakers Bharathan, I V Sasi, Sibi Malayil, and Lohithadas as well as the actors Mammootty, Mohanlal, Suresh Gopi, Jayaram, and Dileep.

Divya had training in Kuchipudi and Mohiniyattam after beginning her Bharatanatyam dance lessons at the age of three. Following this, Divya Unni won the title of “Kalathilakom” in the state-wide Kerala School Kalolsavam competitions in 1990 and 1991.

She has performed a number of Indian dance art-forms, including Bharatanatyam, Kuchipudi, Mohiniyattam, and Indian folk dance, on Doordarshan, India’s flagship television channel. She continues to perform on worldwide stages in nations around North America, Europe, and the Persian Gulf as well as at other Indian dance events in India.

She has won numerous honors, including the Abhinaya Tilaka Puraskaram and the Aravindaksha Memorial Award for the greatest state dance performance.

Divya is nurturing the creative abilities of young children in the United States, where she currently resides, in an effort to promote Indian culture in the West. She is the director of the Sreepadam School of Arts in Houston, Texas, in order to achieve this objective.

She is married and has two kids. Arjun and Meenakshi are her kids with her husband Arun Kumar Manikandan. Her husband is a US-based software engineer. The couple married in 2018 in Houston.

Her sister, Vidhya Unni, has acted in leading roles in a few Malayalam films.

She is married to a software engineer based in the United States.

She has over 50 acting credits in her name.

She is an award-winning dancer.

We hope this biography article of Actress Divya Unni will be helpful for you to understand her journey and works.