Too much coincidence: Liberal chair of the enquiry committee suddenly falls ill to help Trudeau 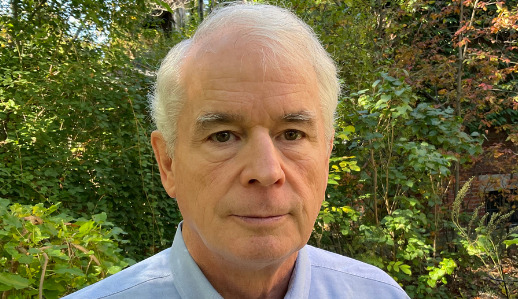 Canadian Prime Minister Justin Trudeau invoked back in February 2022, the Emergencies Act in an effort to quell the protests by truckers and other groups opposed to so-called measures aimed at preventing the spread of COVID-19.

He was criticised for employing this statute and asked if there was really a need to use it. A so-called independent committee was eventually established to look into the Trudeau government’s decision to put this act into effect.

The investigation was initially planned to begin on September 19 and go through October 28. But hold on—what? The committee’s chair, Justice Paul Rouleau, unexpectedly falls ill and requires surgery; as a result, the commission will now start working on October 13.

The Emergencies Act gives the government the authority to impose restrictions on people’s freedom of movement, the right to assemble in public, and the use of certain properties, as well as to compel “any person to perform essential services” in exchange for “reasonable compensation.”

It is worth noting that the emergencies act which replaced the War Measures Act in 1988, has never been invoked before in Canadian history.

Moreover, by adopting the policies of his father, Trudeau stamped the truckers and other protesters as terrorists.

Eventually, Justice Paul Rouleau was appointed to preside over the inquiry into the Trudeau government’s use of the Emergencies Act.

But Will it get to the bottom of the matter? Due to the numerous coincidences associated with the case, there is actually a lot of scepticism around this.

Coincidence number one— the close links of Justice Paul Rouleau with Trudeau and the liberal party. Paul Rouleau, who was appointed to the bench by the Paul Martin Liberal administration in 2002, isn’t just a lawyer who occasionally gave a few dollars or maybe attended a cocktail event with a client. He had previously worked for the Liberal Party.

In 1983, when Pierre Trudeau announced his retirement, he participated in John Turner’s leadership campaign to succeed him. Following Turner’s election as leader, Rouleau assisted in selecting his cabinet.

Furthermore, Paul Rouleau’s acceptance to lead the inquiry made Trudeau rather pleased.

“I am pleased to announce that the Honourable Paul S. Rouleau has agreed to serve as the commissioner and undertake this important work,” Prime Minister Justin Trudeau said in a statement announcing the inquiry in April 2022.

And why not be pleased? Trudeau’s decision to wait until the very last minute to announce the inquiry and then name an experienced former top Liberal political staffer to lead it fits with his style, after all.

Also Read: Freedom Convoy ghost is back to haunt a numbed Justin Trudeau

In a news release, the Public Order Emergency Commission said its work is being postponed because its chair, Justice Paul Rouleau, “has advised that he is required to undergo surgery to address a health issue that has very recently arisen.”

Mind it! The news release has mentioned the health issue that has very recently arisen. This obviously makes us more sceptical about Paul Rouleau’s intent of investigating the case impartially.

Too much of a coincidence attached to the case appears to be nothing more than a guarantee that Justice Paul Rouleau will let Trudeau off the hook.

However, we pray for Justice Rouleau’s health and wish him a quick recovery. We hope that Trudeau will not stoop this low to further fool and betray his citizens.

Ursula picked up Romania and dropped it into The Hellfire