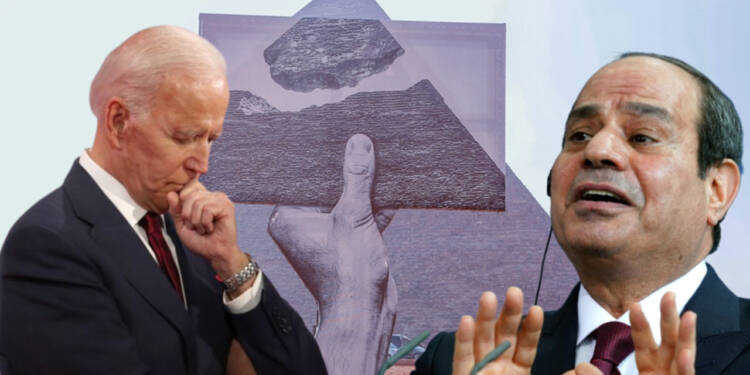 Since 1995, COP summits have served as the principal international platform for climate negotiations. According to Egyptian President Abdel Fatah al-Sisi, Egypt would use its position as host to promote the interests of emerging nations like Africa.

“The country would work to make the conference “a radical turning point in international climate efforts in coordination with all parties, for the benefit of Africa and the entire world,” he said in a statement.

Recent occurrences, however, imply that the United Nations Climate Change conference would not be a smooth sailing for the President of Egypt. A few days ago, in order to highlight the urgent need to combat climate change, the environmental organization VeryNile has constructed the largest plastic pyramid in the world out of plastic bottles that were all collected from the Nile. The building that was constructed, the iconic Egyptian pyramid, is noteworthy because it discreetly conveyed the growing immediacy with which the host nation Egypt must pursue its climate change mitigation measures.

Franky speaking, the contemporary environmental movement enforces the perceptions of primarily affluent, at-ease Americans and Europeans on predominantly destitute, poor Africans, Asians, and Latin Americans. It infringes on these people’s most fundamental human rights by denying them access to the economy, the ability to live better lives, and the right to rid their nations of diseases that were long since wiped out in Europe and the United States.

The world’s wealthiest nations are disproportionately responsible for global warming to date. Rich countries, including the United States, Canada and much of western Europe, account for just 12 percent of the global population today but are responsible for 50 percent of all the planet-warming greenhouse gases released from fossil fuels and industry over the past 170 years. However, the majority of the costs and effects of the climate catastrophe are borne by vulnerable populations, women, and Indigenous people in the world’s poorest nations, despite the fact that they have a negligible portion of the blame. Rich nations, on the other hand, who have historically benefited from environmental plunder, largely remain unaffected.

Providing finance for loss and damage is the very least that wealthy countries can and should do. However, in order to achieve this, they will have to admit that they are to be blamed for the current climate catastrophe. Truth be told, pigs may fly before the industrialized nations accept accountability for their actions. Additionally, rather than providing cash and financial support to the developing countries in their efforts to combat climate change, industrialized countries, due to their dominance in international organizations like the United Nations, continue to place onerous demands on the developing nations.

Furthermore, under the guise of environmental and human rights advocacy, these developed Western nations work to stymie development and undermine democracy by funding parasitic organizations, environmental NGOs, and media outlets with foreign money. This is precisely how events are currently unfolding in Egypt. President Al-Sisi would have to proceed cautiously while dealing with this growing foreign influence masquerading as “humanitarian” initiatives.

Also Read: After Russia turned off its oil taps, Africa has decided to choke Europe as well

The rise of Al-Sisi:

Following the fall of Islamist president Mohamed Morsi amid widespread protests against his government, President Al-Sisi took office after a turbulent year. In his first two years in office, he had to deal with terrorist groups that posed a threat to the nation’s internal security while also working to stabilize the economy following two years of chaos and upheaval. However, the President has had some degree of accomplishment so far. The budget deficit has decreased from 12.5% of GDP in 2016 to 7.9% of GDP in 2020 as a result of the economic reforms implemented between 2016 and 2019.

Furthermore, Al-Sisi’s policy of supporting the National Libyan Army led by Khalifa Haftar made it difficult for terrorists from Libya to infiltrate Egypt to carry out attacks.

Witnessing a self-assertive and dominating Egypt is precisely what has annoyed the West. And thus, under the grab of raising ecological concerns through self-funded NGOs, the United States is attempting to obstruct the ascent of Egypt. You see, the West would never benefit from an assertive Egypt. It is the servitude of African nations like Egypt which served as the foundation for the riches of western nations. Recently, U.S. climate envoy John Kerry also tried to obstruct the initiatives of African countries to become major players in global oil and gas trade. Don’t be fooled; the assault that foreign states and non-state entities have recently intensified on Egypt is a part of this broader Western scheme to keep Africans in destitution.

The negotiations under the UN Framework Convention on Climate Change (UNFCCC) must be based on the principles of equity and “common but differentiated responsibilities”. Thus, it would only be imprudent for Al Sisi to succumb to the pressure and allow the imposition of climate policies devised by the West, on Egypt, a country which is scantly responsible for the contemporary climate crisis that the world is facing.