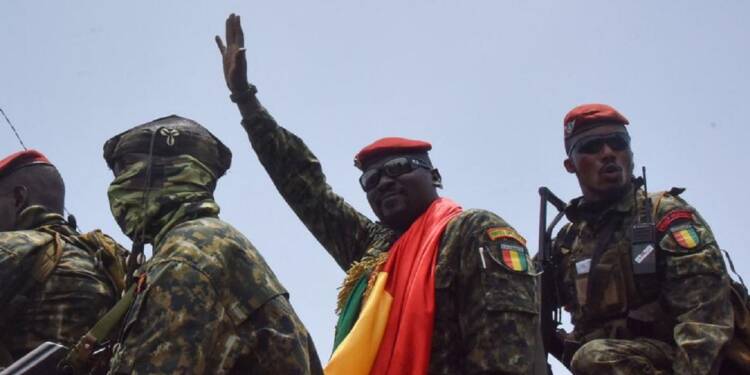 The Economic Community of West African States (ECOWAS) imposed sanctions on Guinea, which is also one of its members. Alleging authoritarianism and lack of democracy, the regional bloc leaders who were attending the UN General Assembly refused to recognise the military government of Guinea.

The development follows last year’s military coup by mutinous soldiers led by Colonel Mamadi Doumbouya, a senior officer in the Guinean military, which ousted the corrupt former president Alpha Conde. Conde was not eligible under the Guinean constitution to contest the elections for a third term; however, he amended it to his benefit which set off a massive outcry. Following his ousting, the junta stated that a peaceful transition to democracy will take place and is going to take 36 months to return to civilian rule. ECOWAS objected to it and stated that democratic elections must be held after six months.

ECOWAS’s actions are not surprising, after all, almost every nation in the bloc voted in favour of Ukraine during the United Nations resolution’s session. Guinea has good relations with Russia. In fact the day after the military takeover current president Doumboya received a delegation from Russia in Conakry. Also, just a month ago, the Russian ambassador and Doumboya had a meeting whose focus was strengthening diplomatic ties between the two countries. Alpha Conde too had good relations with Putin and in 2019, Conde made sure that the first Russia-Africa summit was a success.

Guinea is a key economic partner of Russia. Being the second-largest producer of Bauxite, the Kremlin has been battling the West to access the Bauxite reserves of Guinea since the 1960s. Rusal, a Russian aluminum company, has been operating in Guinea since the 2000s, employs thousands of workers and currently owns three mines.

But for the US and European Union, which consider themselves as torch bearers of democracy, justice and peace, Guinean’s internal matters must be interfered with, otherwise the nation will start developing and move away from these superpower bullies. If ECOWAS, which is nothing but a Western puppet, was really concerned about democracy in Guinea then it would have realised that the current interim president Doumboya is actually working to get his country out of the mess that his predecessor Conde had created.

NATO members sided with Ukraine, viewed Russia’s military operation as an invasion, listened to the US and participated in imposing sanctions on Russia and are now struggling with unprecedented inflation, shortage of oil and gas and food insecurity. African nations who tread on this same path have met the same fate, Malawi is one such example. However, with the energy crisis in Europe, NATO has lost its credibility in the eyes of not only its members but also those who beleived it to uphold values of modern democracy. The cracks within NATO & EU are already visible as France’s company Total Energies is going ahead with the oil pipeline project with Uganda despite EU’s resolution against it and Financial Action Task Force investigating France for terror-funding. The US has already lost its political and economic battle with Russia, now the Biden administration is panicking to keep failed nations, once loyal to the US, together.

Realising the importance of Africa s a whole, the US is making desperate attempts to establish ties in Africa which include sudden proposal of lifting sanctions on Zimbabwe after almost two decades. However, introducing a bill in US Congress called ‘Russian Malign Activities Bill’  has been criticised by South Africa’s president Cyril Ramaphosa and the SADC. The bill, if passed into law, will punish those countries which want to focus on their economic development rather than get involved in the Ukraine war.

The west has decided to gang up against a country in order to ensure that it does not go ahead forging new bonds with Russia. It is these very torch bearers of democracy, who have violated the very basic principal of natural justice namely ‘ Audi Alteram Partem’ (Let the other side be heard as well). The imposition of sanctions by ECOWAS without giving Guinea a chance to be heard is nothing but an unthoughtful move simply to please its masters in the West.  Alpha Conde, the former president turned into a demonic autocrat who loved to kill peaceful protestors, imprison opposition activists and crush dissent before falling victim to a military coup. The military junta has given repeated assurances to establish democracy within the timeline decided by them. Yet it is hilarious to see the NATO, EU, UN and its puppets in the African continent to interfere in the internal matters for settling scores under the garb of establishing democracy and rule of law. The hypocrisy of the west cannot be more obvious when it is okay with invading a country, compromising its sovereignty and labelling locals who oppose them as terrorists but is labelling an interim government of Guinea which suffered decades of colonial rule, years of corruption and state violence as authoritarian only because it decided not to take side with them and take its own stand.

ECOWAS needs to realise that it is being used by NATO to promote its agenda which is to break the unity among African countries and manipulate them into siding with Ukraine and the US. Putting sanctions on Guinea will discourage other states from making independent decisions without NATO, EU and UN’s interference.