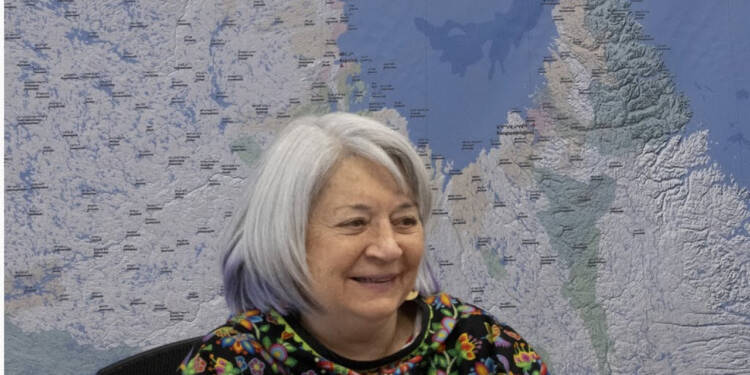 Federals in Canada have misused taxpayer money in a variety of ways. From funding organisations that advance its agenda to expensive trips and bringing irrational policies, the government has used the money in the most controversial ways. And they are doing it at a time when ordinary Canadians are having a really difficult time making ends meet and paying their checks. Under Trudeau’s horrible economy, the middle class and the poor are attempting to reduce their expenses like never before.

But for the liberal elite, Canadians’ misery is definitely a joke. Continuing the liberal trend of wasting taxpayers’ hard-earned money, the Governor General of Canada recently spent $100,000 for self-purposes during an 8-day tour to the Middle East. My friends, there is clearly something suspicious going on here with the Liberal elites.

According to newly obtained invoices from aircraft catering and ground handling providers in Ottawa, the U.K. and the Middle East, the National Post has revealed that the Governor General of Canada, Mary Simon, spent taxpayers’ $99,362 on a freaking 8-day trip.

Reportedly, Vice Regal and her crew spent $93,117 worth of catering services while aboard an RCAF transport plane during a March visit to the UAE, Qatar, and Kuwait.

This information was revealed in a response to conservative MPs who had demanded the vice- regal’s travel expenses with her 29 companions aboard a Canadian Forces CC150 Polaris to Expo 2020 in Dubai from March 16 to March 24.

Now, as the information was revealed to the public, questions started to emerge over what exactly Simon ate for approximately one lakh dollars.

Trudeau’s Department of National Defense tried to cool down the situation and stressed that the final bill was below $80,000. However, Trudeau’s officials had to state a thousand more lies to hide one truth. Days later, RCAF Lt.-Gen. Eric Kenney clarified that $80,000 isn’t the final amount.

Just look at the expense of Mary Simon and her crew and examine how the so-called national leaders had a blast in these eight days.

Invoices from GateGourmet at Ottawa Airport show CAF paid $7,657.06 to stock the plane for the trip’s first leg, operating as flight CFC3147 to London Stansfield airport to pick up the Governor-General, who was already in the United Kingdom.

The bill included  $230 in flower arrangements, $984 worth of Flow boxed water, $165 in lemon and lime slices, and $128 for an undetermined number of cases of Perrier water. In most cases, quantities and unit prices on the invoices are not specified.

For lunch, the passengers had a choice between chicken tikka masala or apple-stuffed pork tenderloin with roasted squash and sautéed Brussels sprouts — plus salad and dessert.

With the vice-regal and seven others boarding the plane in London, AEG Aviation Services charged RCAF $41,408.39 to service the aircraft—including $579 to hire an explosives detection dog. The passengers were also allowed to choose omelettes or crepes for breakfast, and for lunch, they ate either chicken scallopini in a creamy mushroom white wine reduction or beef Wellington.

There were eight distinct menus prepared for the eight different days. Undoubtedly, the cost exceeds what the federal government estimates.

In this situation, Trudeau and his officials are shams who are trying to cover up the actual expenses. Make no mistake, Mary Simon and her co-passengers travelled like the Royal family, that too, at the expense of the taxpayer’s money.

Trudeau had promised to lower middle-class Canadians’ income taxes when the Liberals swept to office. He keeps saying that liberals have fulfilled this promise. On the contrary, the reality is rather different.

The federal government of Trudeau has done all in its power to tax Canadians in order to earn an extra buck. If one remembers correctly, Canada recently passed the Luxury Items Tax Act, which had the potential to drive many people into poverty.

The struggling middle class is still in misery and is considering how it can make it through the month. However, the liberal elites, who are currently in power in Ottawa, are completely ignorant of their misery.

Mary Simon spent $100,000 on her opulent 8-day trip to the Middle East, and Trudeau is fully aware of her spending habits. But, he fears the anger of people. Therefore, he won’t utter a single word himself.