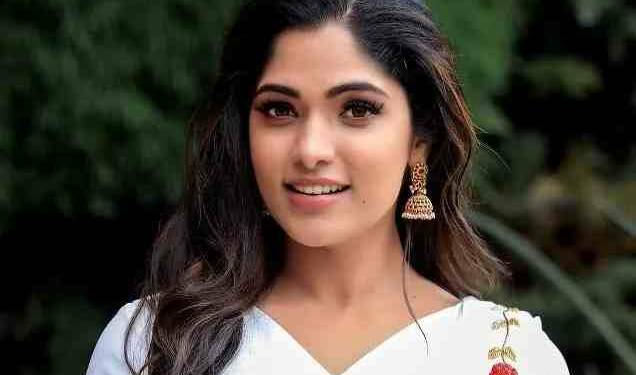 Elsa George, better known by her stage names Muktha and Bhanu. She is an Indian actress who mainly works in Malayalam and Tamil film industries and television. In this article we are going to talk about the biography, career, notable works, films and family of Actress Muktha so read the article till the end.

She is also a classical dancer and an entrepreneur. She was born on 14 November 1991 at Kolenchery, Kerala. By occupation she is an Actress and a famous classical dancer.

Muktha started her career doing serials in television. She made her debut in the Malayalam film industry through director Lal Jose’s Achanurangatha Veedu in which she played the character of Lisamma. Later she started doing Telugu and Tamil films. Although most of her films are successful, she couldn’t make it big in any of the language films.

When Muktha was in class six she started her career as a child artist. She acted in television serials such as Swaram which was broadcast on Amrita TV and then she switched to the film industry. She started her carrier by doing role as a supporting actor in Otta Nanayam, released in 2005.

But her first film as a lead actor was Lal Jose’s Achanurangatha Veedu, which was released in 2005, at that time Muktha was doing her 8th standard. She was seen as Lisamma in the film and The Hindu wrote “It’s perhaps one of the most enduring female roles in modern Malayalam cinema”.

Actress Muktha later acted in a Telugu film in which she is opposite to Anand and Anjali. She made her successful career into the Tamil film industry with the film Thaamirabharani opposite to Vishal. She later seen in some Malayalam films like Nasrani and Goal. Muktha still considers Lal Jose as her guru who brought her in the industry.

She played an established actress in the Tamil film Pudhumugangal Thevai. In Moondru Per Moondru Kadhal she played the role of a “feisty young woman” called Mallika who belongs to a fishing community.

On 23 August 2015, she got engaged to Rinku Tomy, who is the brother of Rimi Tomy. On 30 August 2015, they got married at St. George Catholic Forane Church in Edappally. They have a daughter, Kanmani, born in 2016. Muktha is a trained classical dancer and has done many stage shows. She is also managing a beauty salon.

During her career period, she once had even felt that her family were exploiting her star status and even tried to sabotage her career. This Malayalam actress also stepped into Sandalwood with a project named “Darling’ in 2013. She worked with some big heroes in Malayalam industry and worked in Kollywood too.

For her role, in this movie she spent one month on the beach under the sun, getting herself a tan and also learnt to speak Tamil in the Nagercoil slang.

In 2013, she signed her first Kannada film, Darling, which was directed by Santhu where she was casted opposite to Yogi.

She has a huge fan following on Instagram where she posts about her life and dance skits.

Many people don’t know that she is also a very good classical dancer and entrepreneur.

We hope this biography article of Actress Muktha will be helpful for you to understand her journey and works.