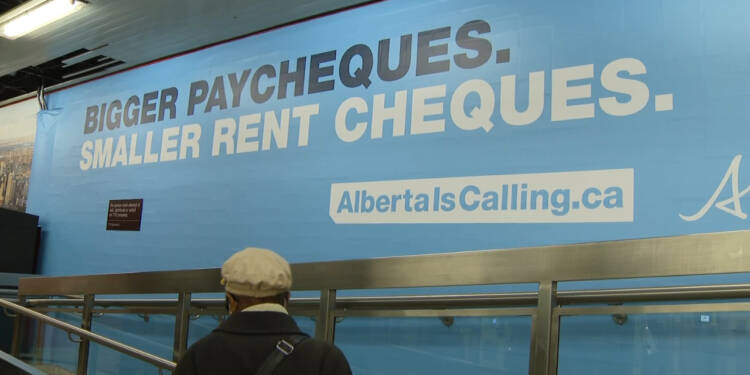 We’ve been explaining to you how an immigrant-friendly Canada is creating problems for its own citizens by ignoring their issues and concentrating instead on those of outsiders. Now the time has come when, Ontario, is now officially no longer a desirable location for the local population. And Ontarians are looking for greener pastures- and are heading to a more prosperous province like Alberta.

According to data released by Statistics Canada on Wednesday, a growing number of individuals are moving to Alberta from other provinces, with Ontario being the main driver of Alberta’s net population rise. Young people between the ages of 18 and 24 are mostly responsible for this outflow.

So why are Ontarians searching for new homes?

According to reports, this is a result of a perfect storm of high housing costs, low wages, and failing services.

But despite such crises, Ontario’s population is still growing fast. According to the latest data, between April and June, the province’s population rose by more than 113,000, an increase of 0.8 per cent

You see, what Ontario is experiencing is an aspect of population change known as interprovincial migration. Ontario is growing rapidly because it attracts many people from outside of Canada, not because it draws people from other parts of the country.

And this is also a reason that locals in the province are unable to get better opportunities. Recent reports have shown that relentless immigration has caused Canada’s unaffordable housing crisis.

As the province of Ontario is setting new immigration records, it is set to add more fuel to the overheated housing market. And surely, the province has no strategy to solve the crisis, thus driving people to leave.

Additionally, it has been revealed that although locals struggle with affordability, Canada is attracting more millionaire migrants who have no trouble owning or renting houses and spaces.

And yet, Premier Doug Ford and other politicians, including John Horgan and Trudeau himself, continue to state they want to increase immigration.

Due to their cause, provinces are failing to utilize their local talents, and are not able to provide them with more opportunities.

While other provinces are unable to make use of their local youth, this fresh influx of youngsters will undoubtedly boost Alberta with new ideas and vibrancy.

The Canadian government must act quickly to comprehend this pattern, and see what is happening in Ontario, and find remedies. The country should focus on increasing possibilities for Canadians rather than luring more foreigners. If not, Canadians will leave soon, and the country will be run by immigrants.