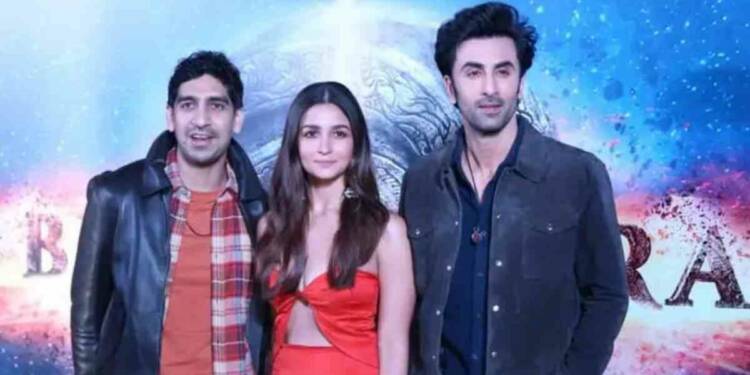 Ayan Mukerji is an Indian film director, screenwriter and producer who works in Hindi films. He was born on 15 August 1983. Mukerji made his directorial debut at the age of 26 with the coming-of-age comedy Wake Up Sid (2009). In this article we are going to talk about the biography, career, notable works, films and family of Actor Ayan Mukerji so read the article till the end.

The film opened to strong reviews and box-office returns. His next directorial, the 2013 coming-of-age romantic comedy-drama, Yeh Jawaani Hai Deewani, ranks among the highest-grossing Hindi films. He then directed the fantasy action-adventure Brahmāstra: Part One – Shiva, which is the first in a planned trilogy of a cinematic universe named the Astraverse.

Ayan Mukerji started his career as an assistant to Ashutosh Gowariker, his brother-in-law, on Swades, and later to Karan Johar on Kabhi Alvida Naa Kehna (2006). After taking a short break from filmmaking, Mukerji wrote the screenplay for Wake Up Sid and gave it to Johar who decided it should become a film.

The film released in 2009, starring Konkona Sen Sharma and Ranbir Kapoor in the lead roles and went on to become a critical and commercial success. The film earned him a Best Debut Director at Filmfare.

Mukerji’s next film, also under Johar’s banner Dharma Productions, was Yeh Jawaani Hai Deewani, with Deepika Padukone and Ranbir Kapoor in lead roles. It was a huge commercial success. The movie grossed Rs. 1 billion at the box-office in just 7 days. It became the fourth highest-grossing Indian film of all time. The film earned him a second-best Director nomination at Filmfare.

Ayan Mukerji was born in a Bengali Hindu family in Kolkata, India, the son of Bengali film actor Deb Mukherjee. His family was steeped in the Indian film industry since the 1930, when his grandfather, Sashadhar Mukherjee, first ventured by chance into the field.

Sashadhar Mukherjee was a pioneering film producer who was one of the founding partners of Filmistan Studio in Mumbai, and produced films like Dil Deke Dekho (1959), Love in Simla (1960), Ek Musafir Ek Hasina (1962) and Leader (1964). The studio is still run by Ayan’s extended family.

Ayan’s father’s brothers were actors Joy Mukherjee, Subir Mukherjee and Shomu Mukherjee, who is the husband of actress Tanuja and he made 3 movies and father of actresses Kajol and Tanisha Mukherjee.

Ayan Mukerji studied at Jamnabai Narsee School in Vile Parle, Mumbai. He later attended Rajiv Gandhi Institute of Technology but dropped out after the first year to assist Ashutosh Gowariker as clapper boy on Swades (2004).

It is the first in a planned trilogy known as the Astraverse. Mukerji is all set to direct the next in this trilogy, Brahmа̄stra: Part Two – Dev.

Although Mukerji belongs to a Bengali family, he expressed his unwillingness to make a Bengali film due to its limited reach to people.

We hope this biography article of Ayan Mukerji will be helpful for you to understand his journey and works.