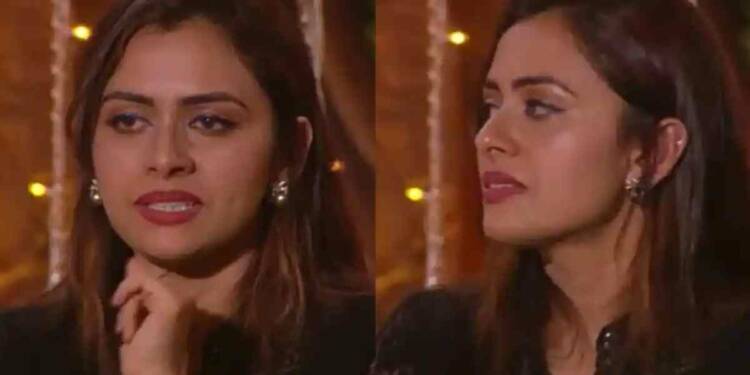 Dhanya Mary Varghese is an Indian actress known for her work in the Malayalam cinema and television. She has appeared in over 20 films, the majority of which were in Malayalam. Aside from movies, she has appeared in a number of television shows. In this article we are going to talk about the biography, career, notable works, films and family of Actress Dhanya Mary so read the article till the end.

She competed in Bigg Boss (Malayalam season 4) in 2022, where she made it to the top six finalists until having finished as the fourth runner-up. At the show’s grand finale, she received an ‘Award for Punctuality’. The show aired on Disney+ Hotstar and Asianet.

She started her career as a junior artist, She was one of the group dancers in the song Thottuvilichalo.. in the movie Swapnam Kondu Thulabharam.She made her acting debut in the Tamil film Thirudi (2006) and later debuted in Malayalam through Nanma directed by Sharath Chandran Vayanad. She rose to prominence through her role in Thalappavu.

She is the product of famous institution Kalabhavan. She pursued bachelors and post graduation from St. Teresa’s College in Kochi.

Varghese got engaged on 14 November 2011 with John, Winner of Tharolsavam program in Kairali channel. John and Dhanya got married on 9 January 2012 at Mateer Memorial Church, Trivandrum. After marriage she retired from film industry. The couple has a baby boy named Johan on 13 July 2013. Dhanya was also part of a scam involving several hundred crores where she and her husband cheated 100s of individuals in the name of real estate services.

In 2016, Dhanya Mary Varghese and her husband were arrested by the district Crime Branch in Thiruvananthapuram in a 130 crores real estate fraud case in which they were charged with duping people to pay a large amount of money on the pretext of building flats in Kochi.

Her brother-in-law, Samson, and father-in-law were the owners of this real estate and construction business. In an interview with a media house, Dhanya Mary Varghese described that at the time of crises, they were thinking to commit suicide to move away from the situation.

We hope this biography article of Actress Dhanya Mary will be helpful for you to understand her journey and works.