Peace in Africa is fatal for Joe Biden. 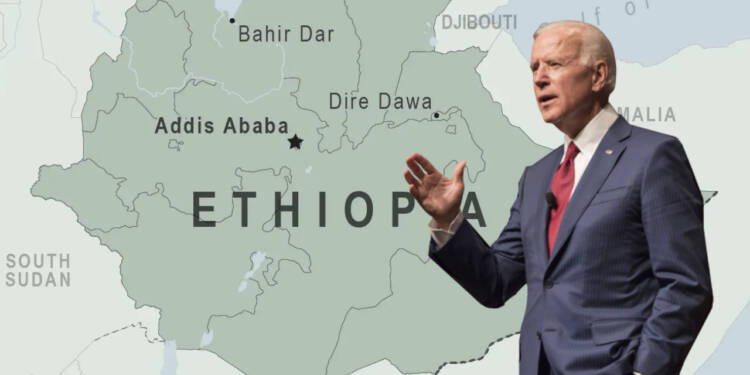 On Friday, a UN vote took place over sending a U.N.-mandated monitoring mission to Ethiopia, where the so-called investigators have found “reasonable grounds to believe” that parties in the war have committed war crimes during the ongoing Tigray crisis.

The resolution moved by the Czech Republic on the behalf of the European Union was passed by a thin margin with 21 Ayes, 19 Nos and 7 abstentions. The most important thing to note here is that the resolution was rejected by all African nations that are currently part of the 47-member strong U.N. Human Rights Council. Even those nations which usually side with the West also rejected the resolution.

So, African nations are seemingly realizing the fact that Biden-led US is actually an evil power in the region. Thanks to US’ involvement, the political and economic stability of the region has gone for a toss. This conflict has pushed parts of the Tigray region into famine while perishing thousands of people. The war seemingly saw its end as Eritrea and Ethiopia pushed TPLF to the brink of extinction and compelled it to come to the negotiation table.

The peace talks were a threat to the interests of the West in Africa, especially in the Horn of Africa Region. Through TPLF, US wants to wrest control of the Red Sea and the Horn of Africa, that play a key role in the global trading system. The region is also full of natural resources, that US has long eyed.

But the West didn’t like its proxy calling for peace and surrendering in front of its nemesis Ethiopia. It devised a plan to obstruct the peace talks and urgently passed the aforementioned resolution in order to give TPLF some breathing space and supply it with aid and reinforcements.

The US has always cherished the dream of controlling the choke points of world trade, and the Red Sea and the Bab-El-Mandeb strait are two of them. The natural resources of Eritrea and Ethiopia also play a big role behind United States of America’s love for the Horn of Africa region.

So, at a time when Africa is fast slipping away from its hands, US is making all possible efforts to shore up TPLF. When the US was busy fuelling the Ukraine conflict and supplying arms to Ukraine, the continent of Africa was slipping out USA’s hands as Africa was strategically turned into a stronghold of Russia by the mercenary group PMC Wagner.

This was also a factor behind the sudden increased interest of the US in Africa. But its planned offensive on Ethiopia through TPLF didn’t go as planned, and now a rattled US has not many options left on the table other than whining in pain and cursing its fortunes. Even USA’s lackeys in Africa seem to have realized that the Biden-led US is hardly a constructive power. So, all African nations have joined hands to kick the Biden administration out of the park.