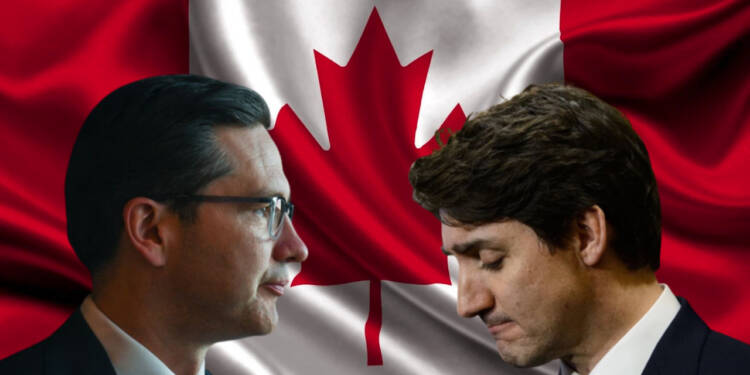 Recently, Global News has come up with a report establishing Pierre Poilievre as a “woman-hater”. Global News is the first media outlet to break the news that a hidden tag that stands for “men going their own way” or #MGTOW has been included in videos uploaded on Poilievre’s popular YouTube page.

The movement, according to the Southern Poverty Law Center in the United States, is an expression of “male supremacy,” and advocates for men to separate themselves from the perceived toxicity of women.

After the disclosure, the Liberals attacked Poilievre vehemently. During the question period, Prime Minister Justin Trudeau urged Poilievre to apologise for “purposely using his videos to appeal to far-right, misogynistic online movements.”

“These are anti-women movements, and they have had devastating real-life consequences,” Trudeau said. “I call on the Conservative leader to stand in this House, take responsibility and apologize.”

However, Poilievre resisted offering an apology on Thursday and disavowed the sentiment behind the act. The Conservative leader claimed that instead, he has fixed the issue as soon as he was made aware of it.

“I condemn all forms of misogyny,” said Poilievre in response to Trudeau.

In a statement on Thursday, Tory leader Anthony Koch’s office stated that according to YouTube records, “the tag in question was inserted in early 2018 and it has been there since that time.”

“Because Mr. Poilievre has had many staff upload videos who had passwords over the years, including in 2018, his office is unable to determine who exactly added the tag.”

Koch claims that Poilievre acknowledged that it was not added by any of his present employees. The leader’s office has not yet indicated if any more inquiries would be made.

Conservatives have clearly acknowledged that they do not support any misogynist thoughts or movements aligned with such a mentality. And one can easily see that this move has political intentions behind it. It is only an ad hominem attack against Polievere and not related to any sympathy towards women.

You see, ever since Trudeau realised that Poilievre is on a rise in the political fabric of the country he along with his media always try to find new ways to crush his popularity.

Nowadays, showing Poilievre in a bad light is what the liberal media is minting Canadian dollars on. They are hyper-focusing on a hashtag as if they have no other important issue to talk about.

Poilievre has been facing obstruction from the liberals ever since he was running for leadership race recently. He faced criticism for having supported last winter’s convoy protests in Ottawa, which attracted some with extreme anti-government sentiments and believers of conspiracy theories around COVID-19 health rules and global entities like the World Economic Forum.

As Trudeau’s irrational decisions have resulted in his record-high dissent in the country, it has become clear to the liberal party that the incumbent Justin Trudeau is no match for the rising leader, Pierre Poilievre.

The elections are still a ways off, but the conservatives have already made significant gains. So, the liberals and their media are now chalking out new strategies to deflect the conservative voter base. But, these minuscule attempts of the Liberal government suggest that they have already accepted Pierre Poilievre as their political Guru.