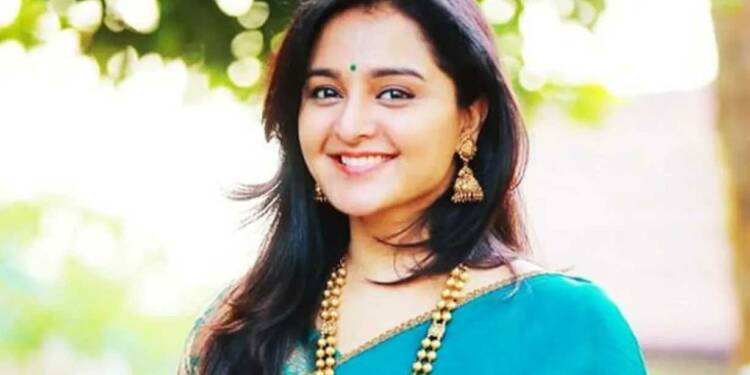 Manju Warrier aka Manju Warrior is an Indian actress, producer, classical dancer and playback singer who primarily appears in Malayalam language films. She was born on 10 September 1978. In this article we are going to talk about the biography, career, notable works, films and family of Actress Manju Warrior so read the article till the end.

She is the recipient of several awards including one National Film Award, one Kerala State Film Award and seven Filmfare Awards South. She is regarded as one of the most prolific actresses in Malayalam cinema.

Manju Warrior married actor Dileep in 1998 and stopped acting. Since their divorce in 2014, she returned to cinema with the critically and commercially successful film How Old Are You? (2014).

Manju Warrior was a trained dancer since her school days. She was conferred with the Kalathilakam in the Kerala Youth Festival for two years. She first appeared in a television serial Moharavam which was telecast on Doordarshan.

In the first half of her on-screen career, Manju featured in 20 films over a three-year period with prominent directors producing a number of performances that earned her equal billing with some of the male leading actors in Malayalam.

On 24 October 2012, she performed Kuchipudi in the Guruvayur Sree Krishna Temple.

Later in July 2013, she acted in a commercial with Amitabh Bachchan. Her comeback announcement was greeted with much fanfare by fans and the media. She later appeared in many advertisements for Kalyan Jewellers alongside Amitabh Bacchan, Aishwarya Rai, Nagarjuna, Prabhu and Shiva Rajkumar. She recently published a book titled Sallapam.

Manju Warrior was born on 10 September 1978 in Nagercoil city of Kanyakumari district of Tamil Nadu in a Malayali family. Her family is originally from Pullu village in Thrissur district of Kerala. Her father, T. V. Madhavan, worked as an accountant at Shakthi Finance’s Nagercoil regional office and her mother (from Thiruvilwamala) was a house wife. She has an elder brother, Madhu Wariar, who is also an actor and producer.

On 20 October 1998, Manju married actor Dileep at the Aluva Sri Krishna Temple. The couple have a daughter, Meenakshi. They filed for divorce in 2014 and it was granted in January 2015. Her autobiography Sallapam (Memories) was released in November 2014. Manju lives in Thrissur, Kerala.

She is one of the founding members of Women in Cinema Collective, the organisation for the welfare of women workers in the Malayalam film industry, although she is not an active member anymore. She was the only female actor in Kerala having a fans association and wellwishers in international level known as Manju Warrier Fans and Welfare Association International.

She made her return to cinema with Rosshan Andrrews’s How Old Are You in 2014. Warrier played the character of Nirupama Rajeev, a UD clerk in the Revenue Department. The film received positive reviews from critics and was well received by audiences and it became a blockbuster hit in the Kerala box office. She received numerous accolades and became the goodwill ambassador for many ventures related to organic farming, inspired by her film.

In 2019, she made her Tamil debut with Vetrimaaran’s Asuran opposite Dhanush. For her role in the film as Pachaiyamal, the protagonist’ s wife, she received the best actress trophy in 9th South Indian International Movie Awards held in 2021.

We hope this biography article of Actress Manju Warrior will be helpful for you to understand her journey and works.