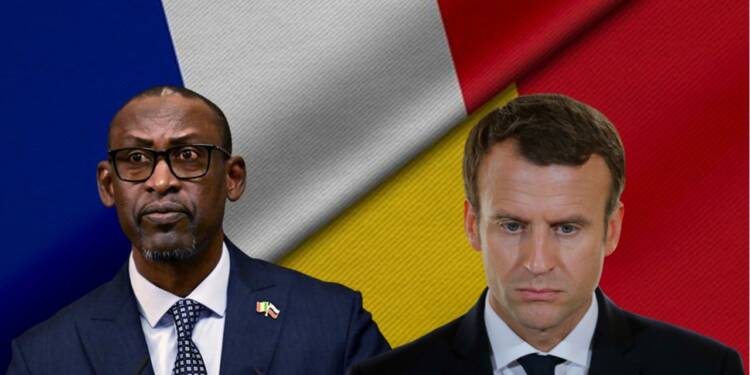 “The government of Mali reserves the right to exercise its right to self-defence, if France continues to undermine the sovereignty of our country and to undermine its territorial integrity and its national security,”.

This is the statement of Foreign Affairs minister of Mali, Abdoulaye Diop. He delivered this statement while standing in the epicenter of the West “New York”. But what did France do, that Mali was compelled to deliver this strong statement? Keep reading to know more.

Abdoulye was speaking at the United Nations Security Council where he made the allegations that France was violating his airspace and has delivered arms to Islamist militants.

The militants about whom Abdoulaye is speaking are the same militants France was supposedly fighting with in Mali region. France led G5 Sahel Group had 5 countries; the aim of this group was to eliminate the Islamist militants in the Sahel Region.

France played a significant colonial role in Africa. France was one of the major winners on the continent during the Scramble for Africa. With Niger, Mali, Burkina Faso, Guinea, Mauritania, the Ivory Coast, and many more nations, it practically controlled 30–40% of Africa. The French military is still present in several of those countries, where they used to conduct affairs and ensure that everything was under control.

However, mercenary organizations are now used to dominate the regions. France allegedly has its own mercenary force. The group was cleverly referred to as “Operation Barkhane” to give the impression that it was an operation run by the French Military. It is France’s largest overseas operation which requires at least a budget of 600 million Euros per year.

Also Read: French are truly and fully out and Mali is a Russian ally

To combat islamists and terrorists in the Sahel region, Barkhane was established. G5 Sahel, a group made up of Burkina Faso, Chad, Mali, Mauritania, and Niger, was established for this aim (the G5). Mali, however, made the decision to leave the organisation when France made the unanimous decision to pull out its troops midway from a mission to combat terrorism thereby exposing Mali. As the President of Mali indicated, G5 Sahel is failing its purpose of battling and eradicating terrorism from the Sahel region. Mali felt misled and chose to withdraw its support for the G5 Sahel organisation. Additionally, there are reports that France’s Barkhane worked closely with islamists to hold their footing in the Sahel region but the French always refuted the claim.

Mali was fully aware of the West’s manipulations and understood what their true intentions were. Mali had expelled the remaining French forces as well as the Barkhane group from its country since they were unable to completely eradicate the terrorists that were stationed there. Mali was coerced into giving up the G5 Chair rotational position. When France abandoned Mali in the middle of the operations, the situation got even worse. Mali’s Prime Minister criticized France in front of the UN, claiming that they had been “stabbed in the back” when the French military left the nation. Due to everything that happened, Mali left the G5 Sahel and its anti-jihadist force.

France, a superpower, a hegemon in the continent of Africa was perturbed by the behavior of Mali and allegedly decided to directly drop aid to Islamists in the Sahel region. The same groups which the French fought for years are now getting aid from them. But after the arrival of the Wagner group in the Sahel region including Mali, Islamists are running for their lives. But the arrival of Wagner did one more thing which was decreasing the influence of France and the French might be doing this in panic before Russia seizes the Sahel from them.

France is thinking it will get away with these violations and it is a result of its colonial hangover but it doesn’t know that it will get thrashed by Mali if it repeats such acts in future. Russians are fighting alongwith Mali against the terrorism and Mali will not need France again and French too should get out of their colonial slumber.