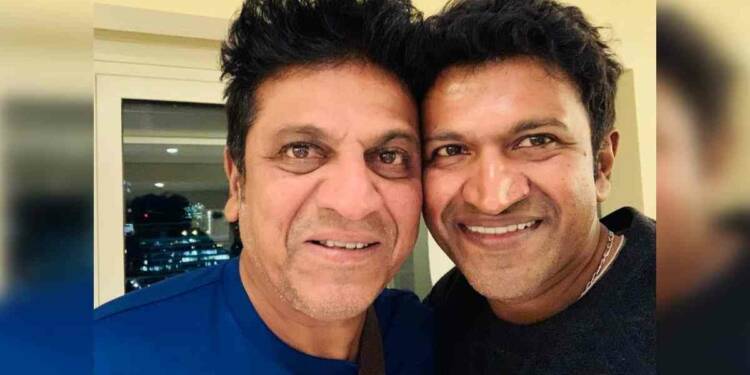 Nagaraju Shiva Puttaswamy known by his screen name Shiva Rajkumar, is an Indian actor, producer and television presenter, predominantly works in Kannada cinema. In this article we are going to talk about the biography, career, notable works, films and family of Actor Shiva Rajkumar so read the article till the end.

After graduating with a Bachelor of Science in Chemistry, Shiva made his debut screen appearance in Singeetam Srinivasa Rao’s Anand (1986), which fetched him the Cinema Express Award for Best Actor. His first three films, Anand, Ratha Sapthami (1986) and Manamecchida Hudugi (1987) were all highly successful, earning him the title Hat-trick Hero coined by the media and his fans.

Shiva started his acting career with the film Anand in 1986 Before that, he had appeared as a child artist in a small role in the 1974 movie Sri Srinivasa Kalyana. In his career spanning over 36 years, he acted in a variety of roles. The most notable movies of his career are Janumada Jodi, Jogi, Anand, Ratha Sapthami, Nammoora Mandara Hoove, Om and Chigurida Kanasu. He acted in Sugreeva, which was shot in 18 hours. His Om, directed by Upendra, set a trend of gangster movies in Kannada and other film industries in India. It continues to be shown even to this day.

His film Cheluveye Ninne Nodalu was shot at the 7 wonders of the world. His 100th movie, Jogayya, is the sequel to his blockbuster Jogi.

Bhajarangi (2013) was a box-office success, and went on to run for more than 100 days. The film was released in Karnataka, Maharashtra, Andhra Pradesh and Tamil Nadu. It was released in 212 theatres in the state of Karnataka alone.

Shiva Rajkumar was born on12 July 1962. He is the eldest son of legendary actor & Kannada matinee idol Dr. Rajkumar. In a career spanning over three decades, Shiva has worked in over 120 films. He has won Karnataka State Film Awards, Filmfare Awards South, SIIMA awards and other recognitions for his performances onscreen.

Shiva Rajkumar was born in Madras (now Chennai), Tamil Nadu, to actor Rajkumar and film producer Parvathamma as the first of five children. His two brothers are Raghavendra, a film producer and actor Puneeth. Shiva did his schooling in T. Nagar, Chennai and then studied at the New College, Chennai.

On the insistence of film director K. Balachander, Shiva joined an acting school in Chennai after completing his graduation from Madras University in 1983. After training in Kuchipudi dance form under Vempetti Chinni Sathyam in Chennai during his college days, he made his entry into the Kannada film industry with Anand.

Shiva Rajkumar is married to Geeta, the daughter of the former Chief Minister of Karnataka Sarekoppa Bangarappa.The couple have two daughters: Niveditha and Nirupama.

Fondly known as Shivanna, he has worked in the film industry for over 34 years, featuring in films such as Anand, Ratha Sapthami (1986), Om (1995), Janumada Jodi, Nammoora Mandara Hoove, A. K. 47, Jogi, Bhajarangi, Mufti, Shivalinga and Tagaru which became milestones in the Kannada film industry and made records at the box office.

In 2010, made his television debut with the talk show Naaniruvude Nimagagi, aired on Zee Kannada. Shivanna produced a TV serial – Manasa Sarovara.

He was also the co-producer of two web series – Hate You Romeo (which was shot in Vietnam) and Honeymoon.

We hope this biography article of Shiva Rajkumar will be helpful for you to understand his journey and works.