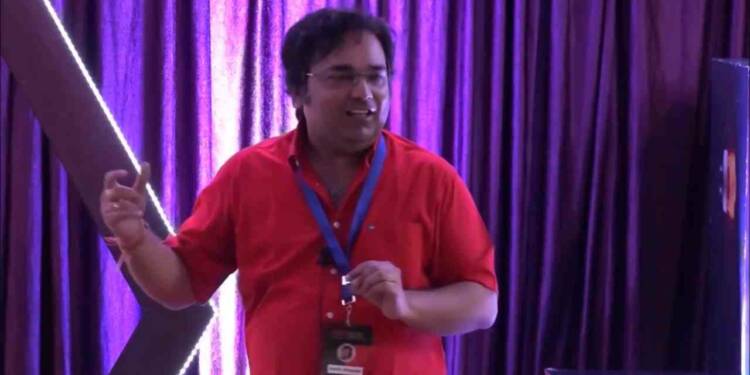 Rahul Roushan is an Indian blogger and businessman. He was born on 29 January 1980. Roushan founded Faking News, a satirical news website, and is the CEO of OpIndia, a right-wing news portal. In this article we are going to talk about the biography, career, notable works, businesses and family of Rahul Roushan so read the article till the end.

Originally from Patna, he is now based in Mumbai and is an alumnus of Indian Institute of Mass Communication and IIM-A.

After graduating from IIMC, Roushan worked as a copy editor, bulletin producer, and news anchor with the Hindi news channel Sahara Samay for two and a half years. He left journalism to pursue higher studies at IIM Ahmedabad, wherein he turned an entrepreneur.

While still being a student, he had launched crickstock.com, a virtual gaming website, ahead of the 2007 Cricket World Cup. Crickstock.com was later sold off to a US based online gaming company and Roushan chose a freelancing career as management consultant; one of his projects included helping the Bihar government set up a management institute in Patna, in 2008.

In 2008, inspired by the American news satire website The Onion, Rahul Roushan started Faking News as a blog and wrote under the pseudonym Pagal Patrakaar (crazy journalist). In 2009, the blog was turned into a full-fledged website. In 2013, Faking News was acquired by Firstpost, a news portal of the Network 18 group, for an undisclosed amount. Roushan went on to serve as its editor till September 2016, when he switched to Swarajya as Chief Strategy Officer.

Rahul Roushan is a famous blogger and businessman and he worked with so many news and blog websites, this biography article is incomplete without talking about his works and career. So here you will gain info about his life journey.

Rahul Roushan comes from the city of Patna in Bihar. He graduated in Mathematics from Patna University in year 2001, and then received a postgraduate diploma in broadcast journalism from the Indian Institute of Mass Communication (IIMC) in New Delhi in 2002. Roushan is also an alumnus of IIM Ahmedabad with a Post Graduate Diploma in Management granted in 2007. Roushan is settled in Mumbai, where he lives with his wife, with who he has a daughter.

He served as the editor of Faking News until 2016 and previously also worked as chief strategy officer for Swarajya, a conservative Indian magazine.

In March 2020, he published his autobiography titled “Sanghi Who Never Went To A Shakha.”The book received positive reception from many including Kangana Ranaut, Vivek Ranjan Agnihotri and Madhav Sharma.

In November 2018, he became the CEO of a spin-off digital media startup – Aadhyaasi Media & Content Services, which took over the production of OpIndia from Swarajya.

Ideologically oriented towards right-wing populism, OpIndia claims to be a fact-checking website.

In May 2019, the International Fact-Checking Network (IFCN), an affiliate of the Poynter Institute, rejected Roushan’s application to have OpIndia certified as a fact checker.

We hope this biography article of Rahul Roushan will be helpful for you to understand his journey and works.