The music of Mauritius: a gem that the world still has to discover 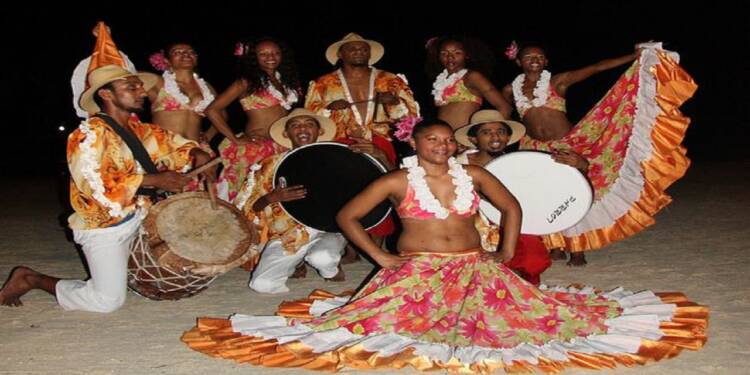 Mauritian music: Where spoken words fail music prevails, a phrase most of us have heard by advocates of liberal arts, when discussing about soft power/diplomacy. It is indeed true that music knows no boundaries and is an art form which is assimilative in nature. Due to its fluidity, it is able to encompass the various cultures within itself, thereby creating an entirely new genre.

Mauritian music for instance has been seen as very diverse by many, filled with different rhythms. Many colonialists such as the French and Dutch came in with their set of ideas, norms and values and laid foundations of a colonial society in Mauritius. The cultural diversity has given Port Louis a unique identity where there is a fusion of Chinese, Creole and Indian. The world has a lot more to see in this island country when it comes to its cultural linkages which could be seen as an emblem of pride.

Many foreign migrants came as labourers, workers to assist colonists in sugarcane fields and increased interactions between European imperials and Afro-Asian slaves. The main language of Mauritius, Creole has been seen as a blend of six African languages and a little French. Also in this country, the mass media also caters to needs of various ethnic and lingual groups, witnessed through distribution of newspapers written in Mandarin and French, Hindi television programmes being televised. Locals in cities even speak Hindi as well, making it another known language.

Asian Music has been introduced by migrants who hailed from India and China during the relocation process in the nineteenth century. Musicians use sitars and tablas which are symbols of oriental culture.

The main folk music of Mauritius could be the Sega, which involves beating the ravane (circular drum), maravane and the triangle. Recently, Seggae, a mixture of Sega and Reggae has been introduced which is also a mixed aspect of Mauritian music. Rastafaris are popular in poor suburbs and night clubs.

Even, Western music seems to be well received among audiences where 60’s and 70’s oldies artists such as Elvis Presley, Cliff Richards are part of the national musical heritage. Genres such as rock, hip hop and Jazz are popular.

The popular terminology used for Mauritian music is ‘Chutney’ music. Even Bollywood has used this popular music form in its movies, the ‘Hunter’ song from the movie ‘Gangs of Wasseypur’ is one such example. It would not be wrong to say that just like the Indian delicacy chutney, which is an amalgamation of various ingredients and is a burst of different flavours, the very aptly named chutney music is also a burst of different kinds of music assimilated into one genre worthy of being enjoyed.

This shows a very diverse picture of the island country’s culture and its inclusiveness towards multiple ethno-lingual communities. This soft diplomatic approach could increase employment opportunities as well in the region.  This has become a method for many countries to create a positive and harmonious perception.

Many countries like Mauritius had adapted to foreign cultures and took good from them and many artists have used fusions of local and foreign cultures as per changing tastes which are a product of globalisation where Western ideas and ways of living influenced countries rapidly due to which mindsets and behaviours changed due to imitation of foreign culture and values. So, looking at these developments, it is important to preserve original values and ideas as well.