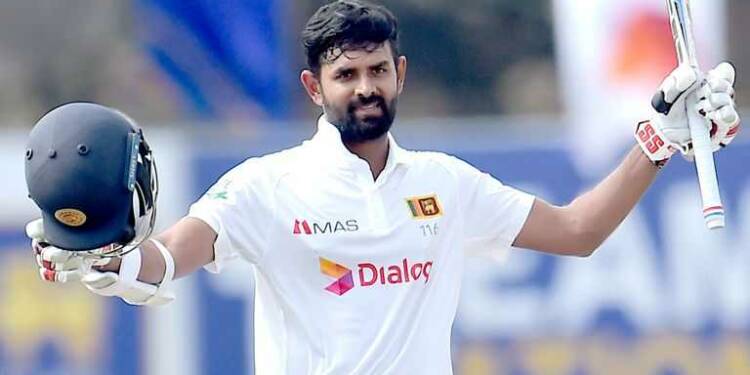 Lahiru Thirimanne is an international cricketer and he played so many games for his country, state and clubs this biography article is incomplete without talking about his career. So here you will gain info about his achievements and life story.

In March 2018, he was named in Colombo’s squad for the 2017–18 Super Four Provincial Tournament. He was the leading run-scorer for Colombo during the tournament, with 198 runs in three matches.

He made his One Day International (ODI) debut in early 2010. He made his Test debut against England at the Rose Bowl in June 2011, coming into the side for the injured Tillakaratne Dilshan. In his first Test innings, he was dismissed for 10 runs caught behind off the bowling of James Anderson.

During 1st test at Galle on 8 March 2013, during Bangladesh’s tour of Sri Lanka, Thirimanne scored his maiden test century. His unbeaten 155 run helped to put up big total for Sri Lanka. Thirimanne was watchful. On 99, he gave Elias Sunny the charge, and picked up two runs to seal his landmark.

Lahiru Thirimanne was strong on the off side against the seamers. A single to cover took him past 150. He also put on 203 run partnership with Dinesh Chandimal. The 203-run stand between Chandimal and Thirimanne is the third-highest fifth-wicket partnership for Sri Lanka in Tests against Bangladesh. Finally the match was drawn.

During the 2015 ICC Cricket World Cup, Thirimanne started to open the batting with Tillakaratne Dilshan. Before the tournament, the Sri Lankan opening pair was struggling to pick up, but finally, it was sealed between Thirimanne and Dilshan. On 1 March 2015, he scored his 4th ODI century against England, where Sri Lanka successfully chased 309 runs. He added 212* runs for the second wicket partnership with Kumar Sangakkara to win the match. This remains the highest 2nd wicket partnership for Sri Lanka in ODI cricket. He was unbeaten 139 in the match.

In April 2021, during first test match against Bangladesh, Thirimanne scored his 10th test half century and put on century opening partnership with Dimuth Karunaratne. He is the second highest test run scorer in 2021, only behind Joe Root. During second test match, Thirimanne and Dimuth Karunaratne added 209, Sri Lanka’s first 200-plus opening stand since 2011, and the first in the country in 21 years.

He was born on 9 August 1989. He is a left-handed opening batsman and a right-arm medium-fast bowler. He had also acted as a vice-captain of the Sri Lanka One Day International team, when he was dropped from the team after poor performances. He was recalled in 2018 for the national team.

Lahiru Thirimanne began his cricketing career at S.Thomas’ College, Bandarawela and played Under 11 cricket and his first coach was Sujeewa Gunarathne. He studied at S.Thomas’ College Bandarawela initially as his father, who was employed at the Survey Department was transferred. After passing the grade 5 scholarship exam Lahiru joined Prince of Wales’ College, Moratuwa and played in the Under 13, 15, 17 and 19 team.

Lahiru Thirimanne captained the cricket team for 2014 Asian Games at Incheon, where Sri Lanka won the gold medal by defeating Afghanistan in the final.

On 23 January 2015, during the fifth ODI against New Zealand, he captained Sri Lanka, due to slight injury of captain Angelo Mathews. However, his first match as a captain did not get under way well, as they lost the match by 108 runs.

He also took 2 wickets at that match, and scored 45 runs as an opener. He also captained the 6th and 7th ODIs of the series, where 6th ODI ended with a huge defeat, and 7th ODI was comfortably won under his captaincy. However, Sri Lanka lost the series 4–2 finally.

We hope this biography article of Lahiru Thirimanne will be helpful for you to understand his journey and works.