His own party is now asking Biden to surrender before Putin 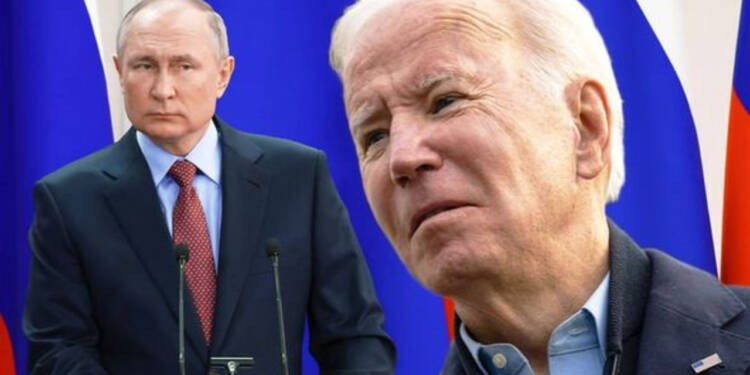 In the White House, it seems that there is a difference of opinions being witnessed regarding the way the Ukraine war should go, looking at this confusion being evident among the Congressional Progressive Caucus grouping, which had submitted a letter to President Joe Biden, pleading to bury the hatchet with Moscow to end the Ukraine War. According to Politico, this draft letter was first initiated in June before this become official last week.

The Caucas Chair, Pramila Jaypal and the 30 signatories created a question mark regarding immediate ceasefire at a crucial period where Washington will go for mid-terms. She has been instrumental in this letter which was deemed unrealistic to Democrats and also this letter is acting as a pressurizing tool for putting the Democrats at an edge during the elections. The war could only be a vote bank strategy to win the people’s minds.

A huge expenditure worth USD$ 66 billion has been put into the conflict by the US for which the Progressives are being sentimental. In case there is unclarity, then it could be a problematic situation for the Democrats to attain a victory in the near elections. This letter has created some amount of speculation in the media because of soaring global energy and food prices plus it is surprising about the party putting pressure on the senile president, who is enthusiastic about intervening in this conflict and showing loyalty to allies who may have been upset in case if such as a rash move towards appeasing Moscow was taken.

The Republicans may be opposed to providing any further aid to Kyiv in case if they come and take control over the chamber, according to what Republican member Kevin Mccarthy stated.

Looking at dissents within the party and opposition trying to fill in gaps, this letter had to be retracted if the party wanted to keep itself on the safer side, making this idealistic dream obsolete where Moscow is insistent on escalating the conflict further tooth and nail.

Now, it has become necessary for President Biden to keep a watch on what he says or speaks because this conflict needs to be focussed on a war footing because now its impacts are in the air globally and to prove himself to be a responsible leader and the party to be trustworthy, there should be proper coordination and consensus among all members which means everyone should be taken into account before a major decision is made. President Biden has a lot on his plate when it comes to internal as well as external matters, making this situation a wake-up call for him to focus and act to keep his party in the loop.

If the ruling party isn’t clear and accountable for the country’s development and security, then who will be?