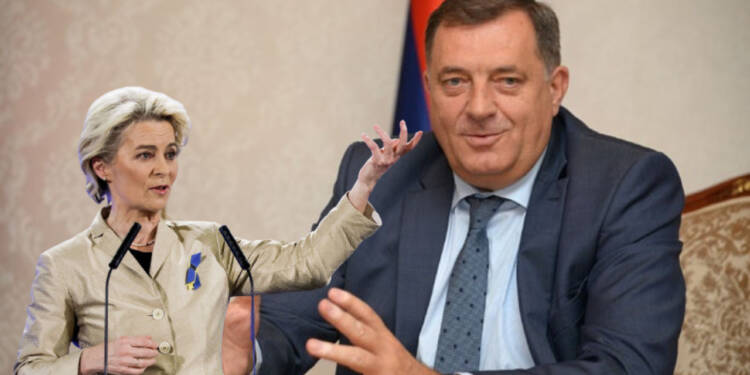 Since the early 2000s, the Balkans have been actively participating in European integration, or as we like to say EU membership. If one recalls, Bosnia and Herzegovina was named as a potential candidate for EU membership in 2003 together with other countries in the Western Balkans. In 2016, the nation formally applied to join the EU, but, all of a sudden, Brussel’s attitude towards the Balkans took a heinous turn. EU started mistreating the western Balkan nations as if they are some sort of liability on the bloc.

Over time, this ignorance changed the region from one of the most sentimentally opposed to Russia to one of the most sympathetic. The EU’s long-term ambition of enlargement may run into trouble as anti-west leaders are seizing control of the top government positions in the Balkans.

The world was shocked by the EU’s decision to grant Sarajevo candidate status. However, it comes as no surprise to some good observers. Well, the results of the most recent elections in Bosnia and Herzegovina, especially in the Serb zone, have enough power to break the bonhomie relations with the nation and commission as the Serb zone has elected a leader who has a faint heart for Russia.

Milorad Dodik, the pro-Russian Serb president of Bosnia, who had recently called for secession, has been proclaimed the winner of the most recent general elections by the official electoral authorities in Sarajevo. According to the figures recorded by the Central Election Commission, Dodik of the Independent Social Democrats (SNSD) Alliance received almost 281,000 votes in the contest for president.

The opposition, though, has gotten close to 252,000 votes, the results have sparked fears in Brussels because a pro-Russian president who has frequently denounced the EU is now poised to take the Serbs’ top office. For the unaware, Dodik considers himself to be inspired by Putin and openly advocates tearing away from Bosnia’s Serb-dominated entity, the Republika Srpska (RS), and joining it with neighboring Serbia.

Following the Dayton Peace Agreement that put an end to the 1992–1995 war, the Serb Republic and the Federation, which is shared by Croats and Bosniaks, were partitioned into two independent nations by the West. But now, Dodik along with the Serbs is all set to reintegrate the lost state of Yugoslavia. Dodik is now in charge of the peaceful breakaway from Bosnia and Herzegovina, thanks to his use of Serb sympathies which have always remained in the doldrums when it comes to supporting Brussels.

In an Ipsos poll conducted in April 2022, just 35% of Serb respondents were in favor of Serbia joining the EU, which was at an all-time low. So make no mistake, the Serbs do not appreciate the EU’s efforts in the Balkans. The region sees a more muscular role in enforcing its stated values and principles against the EU.

In all of Europe, and the Balkans are no exception, a tide of pro-Russian leadership is emerging. Previously, Serbian President Alexander Vucic was all alone in the region, but now Milorad Dodik has joined him in irking the EU in favor of Russia.

It will be a significant historical event if Dodik succeeds in secession Republika Srpska and reintegrating it into Serbia. The European Union made every effort within its power to strengthen its position and avert any significant unrest in the Balkans. But, it looks like the EU’s fate is fealed. The future is the return of Yugoslavia.