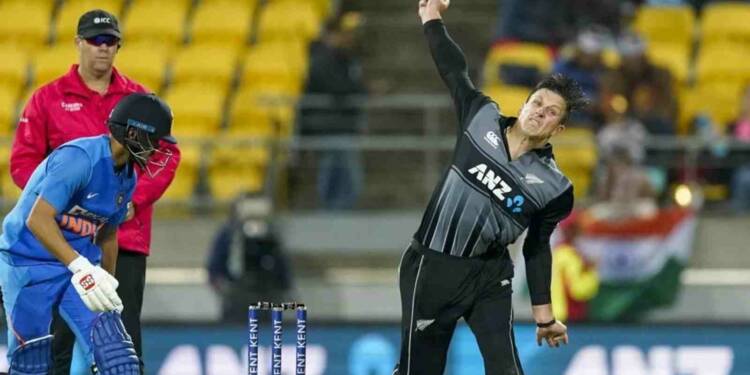 Hamish Kyle Bennett is a former player of New Zealand international cricketer who also played for the New Zealand national cricket team. In this article we are going to talk about the biography, career, notable works, games and family of Hamish Bennett so read the article till the end.

Hamish Bennett is an international cricketer and he played so many games for his country, state and clubs this biography article is incomplete without talking about his career. So here you will gain info about his achievements and life story.

In October 2010 he made his first One Day International (ODI) debut iagainst Bangladesh where he takes three wickets and he was awarded as a New Zealand’s best performing bowler of that tournament. In the same year he made his debut in Test match in which match was drawn against team India.

On 24 January 2020 he made his T20I debut. In the year 2011 he was selected into the New Zealand squad for 2011 ICC Cricket World Cup which was held on the Indian subcontinent. In that world cup he took four wickets against Kenya which was played in Chennai where he get the man of the match award.

Due to a serious back injury he being sidelined for two years from all their domestic and international matches. After that he returned after two years to the ODI team in January 2014 to play the third one-day match between New Zealand and India. In April 2022 he officially retired from all formats of cricket. Currently Bennett is the bowling coach of the Wellington team.

Hamish Bennett was born on 22 February 1987 at Timaru, New Zealand. In New Zealand domestic competitions, he played for Wellington. In his earlier career he represented New Zealand in the 2006 ICC Under-19 Cricket World Cup in Sri Lanka.

He was the main wicket-taker of his team in the 2018–19 Ford Trophy competition in which he took 28 wickets in twelve matches. By nature, he is a hit-the-deck type of bowler.

New Zealand quick Hamish Bennett has announced his retirement from all cricket forms in April 2022. He bringing the curtains down on his 17-year long career.

We hope this biography article of Hamish Bennett will be helpful for you to understand his journey and works.