US considers itself as global police, and creates suiting pretexts to intervene, sometimes militarily, into other nations. So-called nation of Saharawi Republic, carved out of Morocco, is clearly an epitome of the same flawed US foreign policy. 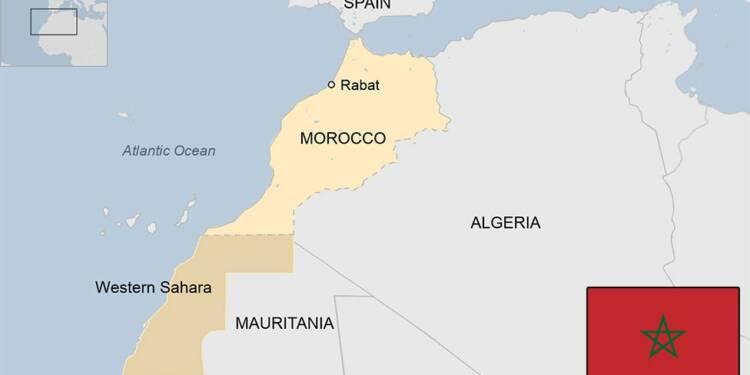 Sticking its nose into the problems of other nations is Joe Biden administration’s favorite pass time.

US considers itself as global police, and creates suiting pretexts to intervene, sometimes militarily, into other nations. So-called nation of Saharawi Republic, carved out of Morocco, is clearly an epitome of the same flawed US foreign policy.

US excels in creating conflicts. West created the Sahrawi Arab Democratic Republic (SADR) with the help of the Polisario Front which proclaimed it on 27 February 1976. The SADR was proclaimed in the wake of Spanish rulers vacating the region creating a void in the Western Sahara. However, at present SADR only controls about 20-25% of the Western Sahara Region and the rest is in the control of Morocco.

The West served legitimacy to the Polisario Front or SADR through the International Court of Justice or ICJ. The ICJ, which is majorly influenced by the West, declared on October 16, 1975, through an Advisory Opinion, that it had not established any territorial sovereignty ties with either the Kingdom of Morocco or the Mauritanian entity over the Western Sahara. The ICJ also acknowledged the right of the local people to self-determination.

The West is infamous for manipulating and/or destabilizing nations through its puppet organizations or proxy entities and sometimes both. This is evident from its actions in countries like Ethiopia, Afghanistan, Nigeria and many others. The West used TPLF as its proxy for intervening in Ethiopia. It used its war machinery in Afghanistan to destabilize it. It used Greedy rebels in DRC for looting its minerals and created Boko Haram through the CIA to destabilize and control Nigeria and its oil reserves. But the West can’t continue its nefarious agenda in Morocco anymore.

The “Tangier Appeal” which was issued at the end of the round-table discussion, organized as a part of the MEDays Forum, will prove to be a landmark point in the history of Africa.

This appeal advocates for the Pan-Africanism idea and promotes unity, diversity, solidarity and effective economic cooperations between “independent and sovereign” states of Africa.

The above statement is very important as it advocates for the economic cooperation between “sovereign states” of Africa, ultimately declaring the SADR as an entity which is not sovereign.

This appeal is launched by sixteen former African Prime-Ministers and foreign ministers for the expulsion of the SADR from the African Union (AU). It recommends the reversal of the illegal and illegitimate admission of the artificial entity ‘sadr’ from the African union and minimize its negative implications.

The appeal document further states that this artificial entity lacks sovereignty, independence, and international legal obligation and “does not obey any of the fundamental elements of a state, namely a territory, a population, and an efficient administration.”

They emphasized that rather than enriching the continent, this puppet organisation “hinders the efficiency of the AU,” “threatens African unity and political and economic integration,” and “threatens regional stability and security.”

These statements, when seen with the recent developments with regards to African Nations on the international stage, suggest that the African nations are realizing the reality of two-faced Western powers. Whether it is Ghana questioning UN Peacekeeping Forces’ role in the African Continent in the United Nations Security Council or Mali exposing the West in the UNGA. African Continent is becoming self-reliant and is not letting West interfere in its internal matters.

In a final blow to the west, South Africa to host Naval exercise with Russia & China