Why is the West so afraid of Ghana’s Akufo-Addo? 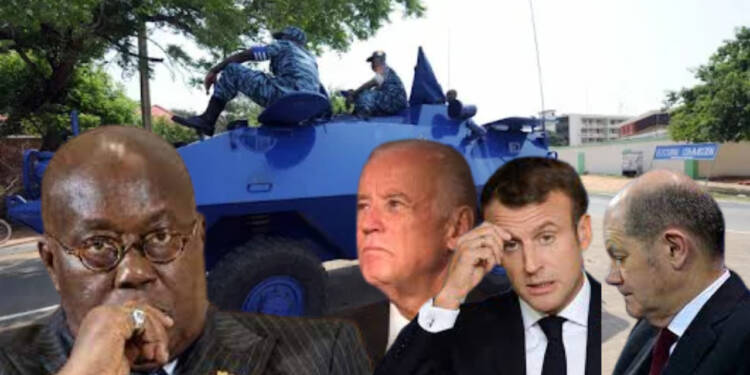 A mechanism is a very important tool to regulate processes. A mechanism can be devised and used for good intentions and the same mechanism can be deployed for doing bad things too. The West has used the mechanisms of bodies such as the UN and IMF. They used to manipulate and lecture other nations into doing something for meeting their geopolitical ambitions. But this time Ghana has hijacked the UN mechanism of the West to smash it.

A historic day for Ghana occurred on November 1st when Ghana took over the UN Security Council’s Presidency.

After gaining the presidency of the UNSC, Ghana stated that “rethinking” the function of UN peacekeepers in Africa would be the main focus of its one-month tenure. A significant advantage for the African country is that the UNSC Chairperson sets the agenda for the meetings. The important thing to note here is that Nana Akufo-Addo, the president of Ghana, will personally be in New York to preside over a high-level meeting with the council members.

The days when UN forces could murder innocent Africans without repercussions are long gone. Ghana is about to take them to the cleaners.

According to recent statements by Ghana’s president, it appears that he is doubting the West’s involvement in Africa, particularly with the UN and its peacekeeping force.

Ghana intends to tackle the radicals and Islamists causing devastation in Africa in the UNSC. According to Harold Agyemag, the nation will convene two significant meetings to discuss the issue of counterterrorism on the continent.

Ghana is aware that the threat to UN peacekeeping must be addressed first if the problem of extremism is to be eradicated from Africa.

The West is horrified by the actions of Ghana and has deployed its machinery to destabilize Ghana in return.

As a part of this process, hundreds of protestors gathered and marched through Ghana’s capital, Accra, demanding the resignation of President Nana Akufo-Addo citing economic crisis as the reason.

On Saturday, a gathering of more than 1000 people held placards and shouted “Akufo-Addo must go” as they walked past police wearing riot gear.

In allusion to the government’s continuing negotiations with the International Monetary Fund for billions of euros to support the economy, the red-clad throng also chanted “IMF no.”

After consumer inflation reached 37 per cent in September, a 21-year high despite significant policy tightening, the president last week tried to reassure Ghanaians that the authorities would bring the country’s finances back on track. But the protests erupted out of the blue despite the slowly rebounding economy. Ghana, which produces Gold, Oil and Cocoa had recently boycotted a cocoa meeting in Brussels dealing a great blow to the chocolate hegemon companies of the West. Ghana accused the West that how come an industry of more than $100 billion valuation delivers a revenue of less than 6% to the farmers producing the cocoa which makes chocolate. Ghana, which is one of the largest producers of cocoa, has refused to bow down to the West whether it is the matter of cocoa or UN peacekeeping forces.

Despite the West’s sugarcoated efforts by sending IMF bailout packages and other charm offensives trying to influence Ghana into its own agendas, Ghana is unbreakable. The West has already started an appeasement operation and sent the IMF on a mission to contain the damage.

The sole purpose of Ghana’s pledge to remove UN forces from Africa is to free the continent of this threat. Therefore, Ghana is making sure that the Security Council meeting on the Security situation would be a significant burden for UN forces.