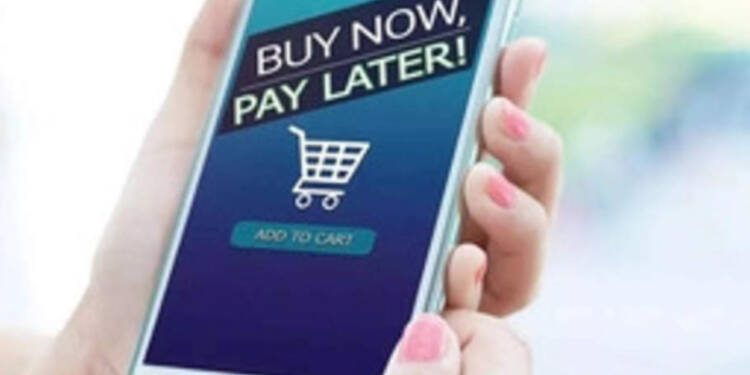 Buy now, Pay later, a scheme (BNPL) that is being endorsed by the government of Canada. For broke Canadians, this scheme has come in like a lifesaver as it enables you to purchase something you need without having to pay for it in full right away. You can spread the payment over a period of time to fit your budget.

Buy now, Pay later scheme is also denoted as BNPL. There is a wide range of BNPL schemes available in Canada and, all of them let you postpone payments.

But everything has a price, and this BNPL plan may cost Canadians slavery. Shocked, aren’t you? But it’s true. You are being entrapped into China’s style of debt-trapping citizens by Trudeau and the liberals, from which you might never escape.

According to Toronto Star, Canadians are enrolling in a hassle for Buy now, Pay later (BNPL) programs, including for groceries. Canadian banks are allowing consumers to pay for groceries through instalments on their credit cards, just like old-school layaway plans.

People who are short on cash are eyeing to benefit from Buy now, Pay later (BNPL) as it gives people of Canada an opportunity not to have to pay everything at once.

Furthermore, it frees up more money for necessities like child care and gas or for emergency savings, which are more crucial than ever given the present state of layoffs and economic unrest.

It is no secret that Canadians are going broke. Last year, it was reported that the number of Canadians on the brink of financial insolvency has reached a five-year high, with more than half of people $200 or less away from being unable to meet their financial obligations each month. And this year, the numbers have just gotten worse.

This is one of the primary reasons why Buy now, Pay later scheme is getting admired by Canadians. According to a study by Research and Markets, BNPL payments in Canada are projected to increase by 63.5% in 2022 and reach $5.95 billion USD in 2022.

And you’ll be shocked to learn who actually utilizes BNPL, the most. The youth of Canada, Buy now, Pay later scheme users tend to be younger, with the largest group being 18 to 44 years of age, according to an FCAC report.

The data may show that BNPL is a success. But, Canadians, especially the youth, need to understand that an overuse of this scheme, which is clearly visible, can prove to be perilous in the future.

There are concerns about how “buy now, pay later” (BNPL) financing would affect customers as it expands in Canada.

During an interview with Canadian Business, senior counsel and co-head of Torys’ Consumer Protection practice and Fintech group Brigitte Goulard stressed, “There’s a lot of allure, particularly from younger generations. They think, ‘Why would I pay the full amount now if I can pay a bit per month and not pay interest?'”

She expressed concern that, despite the fact that these loans don’t assist borrowers in improving their credit scores, they may do so in the event of missing or late payments.

BNPL plans in Canada are already technically regulated as loans and Brigitte stresses that ‘youth needs to be aware that you might land into a debt trap’. “There needs to be a higher awareness among consumers of how to avoid debt,” Brigitte has stressed.

Companies usually offer a promotional rate of Zero percent for purchases made with a buy now, pay later plan. However, interest rates could rise to 30% in the future.

Canadians who currently use BNPL for luxuries and even smaller loans may find it impossible to repay their debts in the near future. Additionally, delaying a payment may result in additional charges, which means you can end up paying more than the estimated cost.

Overall, a debt cycle with no hope of escape. Because the economy is in a serious downturn and it is hard to afford basic necessities, the Canadian government is forcing you into this loop. It is up to you to exercise caution while deciding what to buy and what not to buy.