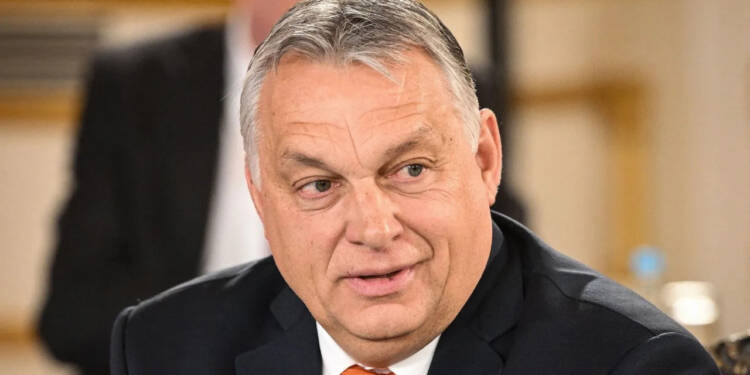 Balkans are infuriated by the migrant crisis which has pushed the region into instability for years. The Western Balkan Route, which is one of the main migratory pathways into Europe is active once again. And hence, the member states of the European Union are restricting migrant entry into their countries. As a result, the Balkans are getting bottlenecked by migrants.

But not anymore; the region is now more furious than ever and hence, they are vehemently expressing their discontent against the migration assault. Furthermore, they might have just got the required assistance from a major Euroskeptic ally.

According to Hungary news, Hungary, Austria, and Serbia have signed a trilateral agreement to end the EU’s migration assault on the Balkans. Reportedly, the trilateral agreement with Austria and Serbia is to beef up Balkan’s border security. The three countries met in Belgrade to sign a memorandum of understanding on the issue. The three countries hope to send a strong signal to Brussels. Given their Russia-friendly policy, neither Serbia nor Hungary is too popular in the EU these days.

Hungarian PM Viktor Orbán has expressed his solidarity for the Balkans and stressed “migration “should be prevented, not managed, we share our fate with Serbia and we are working together in this crucial matter of survival.” According to Orbán, more than 250,000 illegal border crossings have been reported in Hungary this year.

No place for migrants

His comments were echoed by Austrian chancellor Karl Nehammer and Serbian President Alexander Vucic. Reportedly, Karl Nehammer stressed, “We have come to the point where individual EU countries are looking for new forms of partnership outside what is possible in the EU, The EU’s asylum system has failed.”

He added, “This Asylum a la Carte needs to end, and “asylum tourism” would have to be stopped.”

On this, Serbian President Alexander Vucic added, “We, all three have agreed to … engage a higher number of policemen on the border with North Macedonia and substantial equipment, including cars with thermal vision cameras in order to try to move the defense line toward the south,”

In addition, Hungary has also agreed to assist Serbia in organizing the deportation of those who enter the Balkans but are not eligible for asylum in any of the European Union’s member states.

No Safe Haven for illegals

There should be no doubt about the fact that the three nations are vowing to curb illegal migration on purpose. The Balkan route has recently experienced a surge in migration once again. And there are now record numbers of undocumented immigrants arriving in the three countries.

One of the countries that suffer the most from the invasion of migrants is Hungary. Both refugees and undocumented immigrants from Serbia arrive in Hungary. The only way to stop this, in Orbán’s words, “is to say there is no crossing over our borders.” The three countries regard themselves as on the frontline of the Western Balkans migrant route and hence, they want to end the migration, once and for all. Additionally, the timing of this memorandum by the three countries coincides with a rise in anti-Brussels sentiment in the Balkans.

In response to the recent migration wave, numerous EU nations have reimposed border controls, which has prompted neighboring states to follow suit. A few days ago, Slovenia also reintroduced checks at southern crossings with Croatia.

Orbán is once again stoking anti-EU sentiments and openly challenging the EU as a whole. The same appeal that EU membership had for the Balkan states was used to entice them to join NATO. They were promised prosperity and peace. However, all they have received from Brussels are immigrants and unwanted interference.

The influx of migrants from the Balkan route will finally come to an end because of the plan of Victor Orbán to block the borders. Hungary is now in charge of setting the mood against the EU in the Balkans.