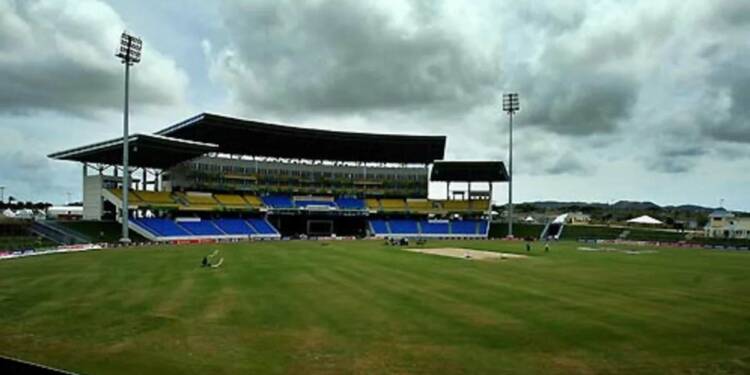 Sir Vivian Richards Stadium is a stadium which is located in North Sound, Antigua, Antigua and Barbuda. To host 2007 Cricket World Cup it was built and there in the world cup it hosted Super 8 matches. The stadium normally holds 10,000 people, but for the 2007 World Cup temporary seating doubled its capacity. This stadium is named after former captain of West Indies cricket team Viv Richards.

The stadium is approximately a 10–20-minute drive from the capital city, St. John’s, and the country’s international airport. The venue cost approximately US$60 million to build, with most of the funding coming from a grant from the Chinese government. The first Test match held at the ground began on 30 May 2008 when the West Indies hosted Australia, with the match ending in a draw.

Facilities of the stadium

The stadium consists of two main stands: the North Stand and the five-storey South Stand. In 2008, the roof of the South Stand was damaged by strong winds. Other facilities include a practice pitch, training infrastructure and a media center for the various cricket teams.

The Sir Viv Richards Stadium is one of the few state-of-the-art venues that includes underground passageways for cricket teams to enter. Before the start of the first Test against England on 13 April 2015, the north and south ends were renamed after two former West Indies cricketers, Sir Curtly Ambrose and Sir Andy Roberts.

On 13 February 2009, the ground’s second Test match against England was abandoned after only ten balls due to the dangerous condition of the outfield.

The groundstaff had applied additional layers of sand after recent heavy rain, and again after a brief shower on the morning of the match; This resulted in West Indian bowlers Jerome Taylor and Fidel Edwards being unable to gain any traction while running.

The sandy nature of the outfield earned the ground the nickname ‘Antigua’s 366th Beach’ in the build-up to the game.

Following the abandonment, inquiries were made by the WICB and the ICC: this caused great embarrassment to West Indies cricket.

The ICC subsequently ordered that the ground be suspended from hosting any international matches for twelve months, and issued an official warning to the WICB.

The Sir Vivian Richards Stadium is located halfway between VC Bird International Airport and the city of St John’s. It is accessible via the Sir Sydney Welling Highway; The stadium is approximately at 20-minute drive route from St. John’s, as well as from Heritage Quay cruise ship port. Since public transport to the stadium is limited, it is best to travel here via rental car or taxi.