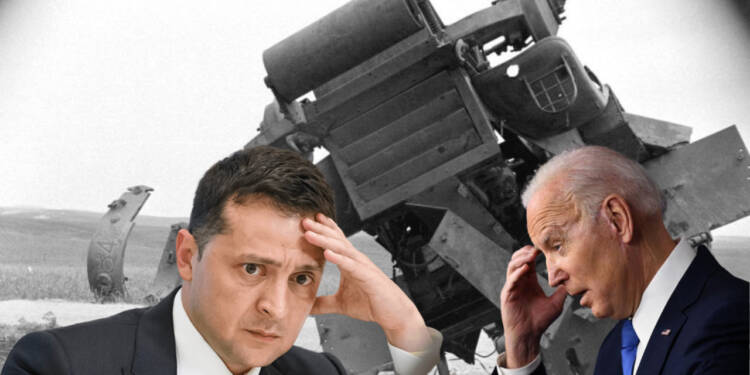 Remember, the renowned howitzers which were supposed to bring victory to Ukraine? They are now biting the dust with the Ukrainian army.

A new report by The New York Times has exposed them. Western countries especially the US have sent weapons to Ukraine in its war against Russia. From 24 January to 3 October 2022, the Kiel Institute documented €93.8 billion in financial, humanitarian, and military help to Ukraine from 40 different nations. Out of the total of €93.8 billion, the US contributed €52.3 billion, the EU contributed €29.2 billion, and other nations contributed €12.3 billion (mostly the United Kingdom).

Since the start of hostilities, the US, Ukraine’s main supporter, has sent more than $19 billion in arms, including artillery.

According to statistics provided by the Pentagon, as of November 23, the US had committed 142 of the 155mm howitzers and up to 924,000 artillery rounds for the guns. Additionally, 36 of the 105mm howitzers and 180,000 artillery rounds have been provided by the US. Moscow has asserted time and time again that Western military transfers simply serve to prolong the conflict.

The majority of it has been sent for military purposes. Every other day, we find the US allocating some more weapons to Ukraine. And, the trend isn’t ending anytime soon.

As the war has prolonged, the motive for extending the war has become clearer. The decoupling of Europe and Russia has led to immense benefits for the US. As a result of sky-high prices, Europe is going through de-industrialisation whereas the US is seeing, a new breed of companies coming up.

The counter-offensive that Ukraine started in October has proven to be too costly for the Ukrainian military. Even though it has reclaimed a lot of areas that it had lost initially, analysts say that the position on the ground can’t be maintained for long.

In addition, there are reports that the withdrawal of Russian forces from Kherson, is a strategic move and Ukraine may soon be attacked from the North. There have been troops movement in Belarus and adjacent areas, fuelling the news of the attack.

US Howitzers bite the dust

And now, according to sources cited by the New York Times on Friday, the US Department of Defence is having trouble keeping up with the constant breakdowns and damage to Western-made artillery pieces that are being shipped to Ukraine during combat. The Pentagon, which has given Kyiv hundreds of these weapons, is said to have established a repair facility in Poland to address the problem.

According to U.S. defence officials and others aware of Ukraine’s defence requirements, a third of the approximately 350 Western-made howitzers delivered to Kyiv are out of action at any given time.

The weapons either burn out after prolonged periods of excessive usage or sustain damage in battle against Russian weaponry and cannot be fixed on the spot. The Pentagon’s European Command has allegedly sent a repair facility to Poland in order to prioritise the process of repairing the equipment as the US is now running out of weapons to send to Ukraine.

In recent months, repair works have commenced. The report adds that its sources declined to disclose any other information on the programme, noting that US officials hold the condition of Ukraine’s armaments in high regard. Clearly, they don’t want the miserable state of US weapons to come out. But, when you announce weapons every other day, it’s not hard to understand the state and efficiency of your weapons.

Just three weeks ago, Washington Post headlined one of its reports as saying, “Speeding up our victory’: Howitzers aid Ukraine’s push on southern front.” Clearly, they won’t be elated by the recent admission by US officials about the miserable state of howitzers anymore.

The celebrated US Howitzers sent to Ukraine are falling flat in front of Russian artillery. The war is coming to an end.