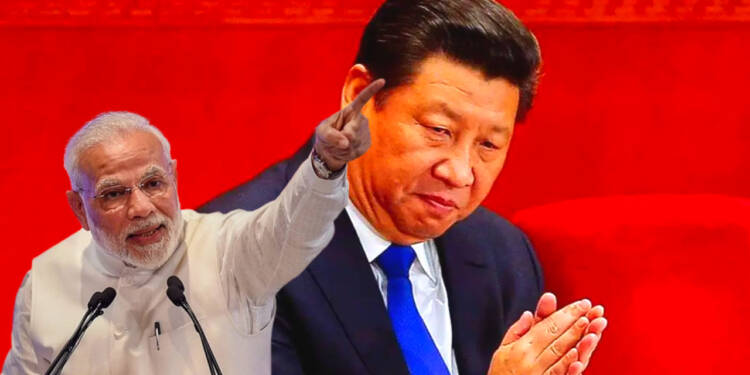 China-Indian Ocean Region Forum: As soon as Xi Jinping was ‘elected’ to an unprecedented third term, speculations began to circulate about what this would mean for China and the rest of the world. Since the world has witnessed the assertive and authoritative nature of the Chinese leadership under Xi’s regime, his re-election wasn’t generally hailed as good news. However, it appears that his third term has not begun well. One month into it, analysts predicted that the Chinese economy would slow down at an alarming rate. Meanwhile, Xi’s performance is also causing frustration domestically, there is a record-high level of dissent among Chinese citizens as they push back against the government’s zero-Covid restrictions.

On top of it, Xi might see a significant setback to his global ambitions. The effort of increasing influence over the Indian Ocean is bound to backfire as Xi has made a mockery of himself.

China this week convened the first “China-Indian Ocean Region Forum,” bringing together 19 countries from the region. The event, which was hosted quitely by the China International Development Cooperation Agency (CIDCA) in Kunming, Yunnan Province,  invited all of India’s neighbors. But guess what? It did not invite India, which is a crucial nation in the Indian Ocean.

However, Australia and the Maldives have clarified that they were not present at the meet

How did Chinese officials think such a blatant lie would go unexposed? It should be noted that the Maldives and Australia are both crucial allies in the Indian Ocean and the Indo-Pacific region.

China has long attempted to increase its influence in the tiny island nation of the Maldives by backing the ‘India-out’ campaign under the presidency of Abdulla Yameen. However, India-Maldives relations are headed towards greater cooperation under President Ibrahim Mohammed Solih. Solih has reiterated that ‘India is the highest priority’ for his nation and government.

Meanwhile, Australia, as we know, is a Quad member, and both sides are committed to strengthening India-Australia ties for the long term as well as elevating the bilateral strategic partnership. This initiative by China is bound to fail, as it would be impossible for China to counter India’s presence in the Indian Ocean. Unlike China, India, as a top-rate democracy, portrays itself as a benign humanitarian power, with its security responses devised to protect its many national interests in the region.

India has been a traditional partner and supporter of Indian Ocean Region (IOR) countries. It has always acted as a first responder during significant crises in the littoral countries.

China, on the other hand, has assertive ambitions and has acted with unpredictable tendencies in the region. Chinese foreign policy aims to establish maritime supremacy in the region by encircling India through a ‘String of Pearls’, and applying the Belt and Road Initiative (BRI) paradigm to a large area in the western Indo-Pacific region. Under BRI, it is launching connectivity initiatives, growing its naval presence using “debt-trap diplomacy”.

Read more: Japan takes another step towards militarizing anti-China nations in the Indo-Pacific

Results of which are already seen as nations like Sri Lanka, Pakistan and Nepal, all of which are part of Chinese BRI, and are in the throes of a deep economic crisis, with sky-rocketing inflation and depleting foreign reserves.

Time has shown that India has consistently offered assistance to every ally nation that is experiencing a crisis, and IOR countries have also approached India at similar times. Therefore, it wouldn’t be wrong to assume that more nations will come up with similar statements and reject any involvement in such a Chinese endeavour. Only disaster and embarrassment await Xi Jinping!