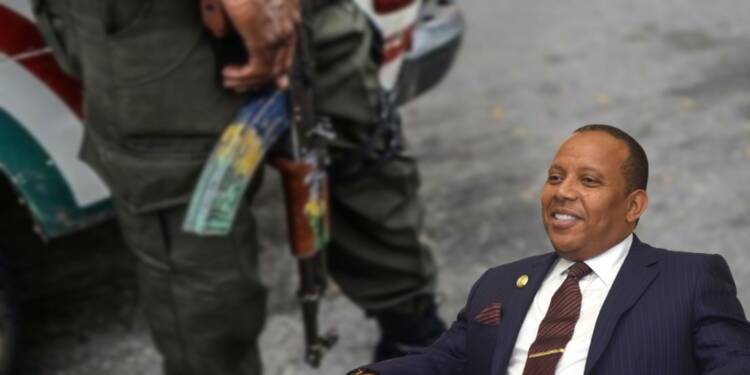 The leaders of Western nations are perplexed by the lack of substantial support from many African states, particularly during the Russo-Ukrainian conflict. Numerous African countries have emphasised their right to defend their own national interests rather than merely caving in to the demands of more powerful, wealthy states.  Western nations all over are in disbelief at this. They are feverishly making an effort to influence African nations. The latest country that the West expects to rely on to maintain its waning influence in Africa is Sao Tome and Principe.

America’s ambiguity about Africa place it at a serious disadvantage there and have an effect on U.S. leadership globally. Russia and China are outbidding the United States in Africa in ways that might profoundly alter the balance of power in the world, while Washington concentrates on the Chinese military danger in the Pacific and the Russian military threat in Eastern Europe.

Diminishing Influence of the West

The Sahel region, a historically significant geopolitical region, recently saw a shameful withdrawal of Western powers as France, along with a number of other EU members and Canada, announced the end of its ten-year military commitment in Mali.

In this backdrop they are now extending their outreach in the nearby region which includes countries like Guinea, Benin, Togo, Ghana, Liberia and Sierra Leone among others. Experts are terming this region as Sahel spillover region. The West is trying to capture these countries into its influence to make up for the losses it suffered by losing countries like Mali, Ethiopia, DRC, Kenya from its grip.

Another reason for this outreach is controlling the Gulf of Guinea. US is holding naval drills in this region for more than 10 years now. US is notorious for establishing its hegemony on the strategic sea-trade routes in the world. Some instances of its notoriousness include Red Sea, Gulf of Oman, Malacca strait and now the strategically important Gulf of Guinea. This also prompted Nigeria to increase its naval presence in the Niger Delta region of the Gulf of Guinea to shoo USA from the area.

These defeats have prompted the Western nations to seek out new reliable partners in order to keep control of Africa. Western countries have thus begun to employ “regime change” strategies in an effort to save their capsized ships after failing in all of their previous attempts to win over African states.

According to recent reports, a coup attempt has been thwarted in Sao Tome and Principe, as per the Prime Minister of the African island nation , Patrice Trovoada.

The head of the Economic Community of West African States also condemned the coup attempt in the Gulf of Guinea nation.

Don’t be deceived; there are plenty reasons to think that the global powers orchestrated this coup. The island nation of Sao Tome is resource-rich. Depending on the success of the recently spudded Jaca-1 new-field wildcat, which is aimed at a Cretaceous-aged basin floor fan, Sao Tome and Principe may start producing oil. If Jaca-1 is successful, it could be a crucial component of upcoming exploration efforts in Sao Tome and Principe.

In addition, we have already seen how the Russo-Ukrainian War has threatened the energy needs of the European countries. The Western countries, desperate for energy and oil, have begun a new scramble for Africa. The gas-starved, rapacious Western nations have even begun to plunder the oil and energy reserves of Africa.

Furthermore, as major countries in Africa drive America and its allies out of the continent, they have a previously unheard-of interest in the resource-rich Gulf of Guinea region. Therefore, it couldn’t have been merely coincidental that the coup occurred at the same time that West was attempting to take control of the Gulf of Guinea.

However, it would be irrational to attempt a coup in Sao Tome and Principe. PM Trovoada is already aware of the West’s ultimate intentions, which are to rule Africa, thwart any efforts to make it self-sufficient, stifle any development, and seize its mineral wealth. Therefore, the PM is making considerable efforts to solidify his position and prevent Western meddling in his country. Even this time, the coup attempt resulted with the four attackers being “neutralised” and taken into custody. To seek a regime-change against this backdrop would be incredibly foolish.