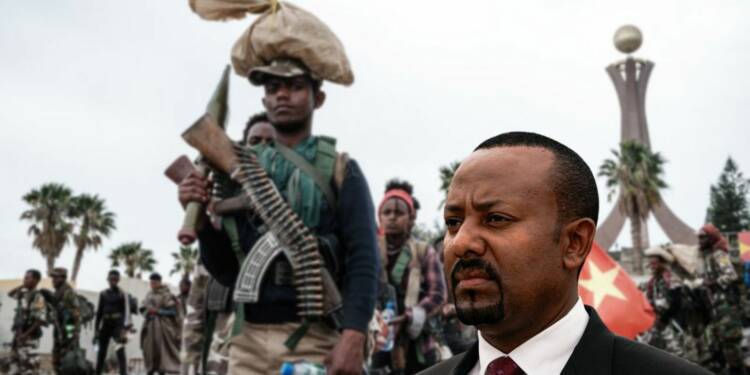 For Ethiopia itself as well as the “Horn of Africa”, the recent escalation of conflict in Tigray, Ethiopia’s northernmost province, is a very concerning development. The Ethiopian government launched military operations against the Tigray People’s Liberation Front (TPLF), which resulted in fierce combat, the murder of civilians, and a refugee influx into Sudan. In reaction to the Government’s onslaught, the TPLF launched missile attacks against the Amhara province as well as Asmara, the capital of neighbouring Eritrea. Eritrea is now a factor in the war as a result of the escalation, which makes it an international issue rather than just a local one. As a result, it will be more challenging to resolve. To be clear, this is a highly volatile region. In the past two decades alone, there have been deadly wars between Ethiopia and Eritrea, ongoing warfare in Somalia, low-intensity insurgencies in the region’s primarily Somali Ogaden area, and growing public uprisings all over Ethiopia. But the Tigray crisis poses a particularly dangerous threat.

Additionally, it is a tragedy that is essentially Ethiopian and has been developing for some time. The present crisis is related to Prime Minister Abiy Ahmed’s election in April 2018 and the political reforms he started right away. He advocated a more tolerant response to dissent, particularly from the Oromo, and freed a large number of political prisoners. In July 2018, he reached a settlement with Eritrea and signed a document that formally put an end to the long-running dispute. Even though that provoked opposition from at least some TPLF members, Abiy’s liberal reforms, anti-corruption campaign, and desire to forge a more cohesive political movement all involved marginalising the TPLF, which had previously been the largest faction in the country’s long-ruling Ethiopian People’s Revolutionary Democratic Front (EPRDF), which had been in power since 1991. The TPLF chose not to join the Prosperity Party when the EPRDF was disbanded in December 2019. Their involvement in politics had completed a circle. Any attempt to comprehend the current issue, let alone find a solution, necessitates a deeper historical investigation of the area.

That odyssey had started in the western lowlands of Tigray in February 1975, when the TPLF was founded as one of several insurgent organisations in the chaos that followed the overthrowing of Emperor Haile Selassie. In the years that followed, the Marxist and totalitarian Derg (‘committee’) dictatorship in Addis Abeba, which was backed by the Soviet Union, consolidated and sought to ruthlessly destroy dissent, whether it was armed or not. The Derg was responsible for tens of thousands of deaths, but it singularly failed to suppress the multiple insurgencies, whether in Eritrea, the Ogaden, or among the Oromo – or in Tigray, where the TPLF overcame early military setbacks to become one of the most successful and dynamic of the regional liberation fronts in the course of the 1980s. By the late 1980s, the TPLF had defeated the Derg forces in a number of engagements, and had become the dominant partner in the EPRDF, the coalition of guerrilla movements which would overthrow the Derg in 1991.

Through the late 1970s the TPLF grew steadily. By 1978 the party had around 2,000 fighters, according to CIA estimates at the time. Two years later it could mobilise twice as many, the agency said. Nothing about the TPLF’s success was accidental. Its commanders were cunning and cruel. They battled and exterminated rival rebel organisations in Tigray while taking care to minimise their own Marxist ideologies, which would be unpopular with the traditional, fervently Christian rural communities that made up the TPLF’s initial support base. Instead, they emphasised how the socialist policies of the Addis Ababa government threatened regional sovereignty and old traditions.

By the end of the 1980s, the Ethiopian People’s Revolutionary Democratic Front (EPRDF), a coalition of armed rebel groups in Ethiopia, had come together to oppose the faltering Ethiopian government. The TPLF was by far the largest and most potent of these groups. The capital, Addis Ababa, was taken over by TPLF forces on May 28, 1991, with the aid of Eritrean forces. The fall of the regime left the TPLF’s leader, 36-year-old Meles Zenawi, in power and the army and intelligence services dominated by Tigrayans, who moved swiftly to consolidate their control in other sectors. Jobs were found for former comrades. Debretsion, the one-time wireless operator and by now a veteran close to Zenawi, was made the deputy head of the national intelligence agency, and later the minister of communications and information technology.

Meles died suddenly in 2012, and his handpicked successor, Halemariam Desalegn, proved to be too weak to manage growing tensions.

The 1994 constitution’s delicate compromise was threatened by unrest, especially among the two largest ethnic groups, the Oromo and Amhara. As a result, representatives of the two communities eventually worked together to outwit the TPLF within the ruling coalition and succeed in appointing Abiy, who is of mixed Oromo-Amharic ancestry, as Prime Minister in 2018.

Rapidly, Abiy played his next move. The Tigrayan control over military was challenged by the removal of top TPLF officials from important security positions, the arrest of generals citing corruption and other reasons. Political prisoners were freed from secret prisons, exiled dissidents were welcomed home, cumbersome state enterprises were privatised, and restrictions on the media were eased.

It should be emphasized that neighbouring Eritrea—more specifically, the Tigrinya of the central Eritrea plateau, who are linguistically and culturally connected to Tigray—is essential to understanding the history and struggles of Tigray. The people of the region that would become Eritrea had long been on the periphery of the Ethiopian imperium, either cooperating with it or opposing it, and living in a transitional zone between the Red Sea coast and the Ethiopian Highlands.

In the late nineteenth century, Eritrea became an Italian colony, and thus ensued a century of increasingly complex and ambiguous relations between Tigrinya peoples on either side of the border. By the time that Eritrea was annexed by Haile Selassie in 1962, an armed struggle in the territory had already begun. In the course of the 1970s, this was dominated by the Eritrean People’s Liberation Front (EPLF), which in many ways had common cause with the TPLF in their respective struggles against the Derg, but which had important differences in ideology, military tactics, and the very definition of nationality; the two movements severed all contact in the mid-1980s. The TPLF recognized the EPLF’s right to fight for the independence of Eritrea, while the TPLF itself resolved to be in the vanguard of the liberation of the whole of Ethiopia from the authoritarianism of the Derg; the movements renewed a tactical alliance in the late 1980s, and together overthrew the Derg, with Eritrea becoming independent.  However, profound tensions remained beneath the civility of post-liberation diplomacy and the new era which that supposedly heralded. The TPLF perceived in their Eritrean counterparts a dangerous hubris bordering on contempt for all others, while the EPLF saw in the TPLF a movement they had helped create – the former had initially helped to train TPLF fighters – and one which therefore should allow them some political and military influence in a much-weakened Ethiopia.

That’s not how it turned out. In 1998, TPLF-led Ethiopia and EPLF-led Eritrea engaged in war over relatively minor border disputes. Tens of thousands of soldiers were killed over the course of the following two years, yet Eritrea managed to remain an independent state while suffering greatly. After surviving the crisis, Ethiopia entered the twenty-first century under the TPLF with rising GDP growth rates, political assurance, and—despite sporadic criticism of its human rights record—serious regional and international clout. While Eritrea sank into a melancholy, militaristic state.

That is, until 2018, when President Isaias Afeworki and the young, charismatic, and most significantly non-TPLF Prime Minister Abiy Ahmed extended a hand of goodwill and signed a peace accord. Undoubtedly, Afeworki was enticed by a number of factors, including Ethiopia’s recognition of Eritrea’s unresolved border claims, the opening of bilateral trade with Ethiopia, the prospect of joint investment projects, and the possibility that the peace deal would result in the lifting of UN sanctions against Eritrea. But there was undoubtedly one more chance to destroy the TPLF among them.

Cycles of inter-provincial and inter-ethnic conflict over national and regional hegemony, as well as episodically shifting centres and peripheries, have historically characterised Ethiopia. The TPLF is once again on the periphery of societal structure. But Ethiopian history shows the risks—and perhaps the futility—of attempting to completely eradicate local opposition and repress ethnic identities, as well as the benefits—and disadvantages—of marginalising and demonising specific people. Modern Ethiopia has struggled to achieve internal cohesiveness and ethnic balance. That seems to be the outcome of Abiy’s approach to Tigray and the TPLF’s own conduct.

All parties would benefit from brushing up on the nation’s history, both recent and deep, and coming to the conclusion that the only sane course of action is to seek consensus and reconciliation, build a political system that is sincerely inclusionary and representative. The TPLF should also understand that power should not flow though the barrel of a gun but from the heart of the people. Although, if it chooses again to do so then Ethiopian Government evidently knows how to utilize the power of the gun’s barrel.