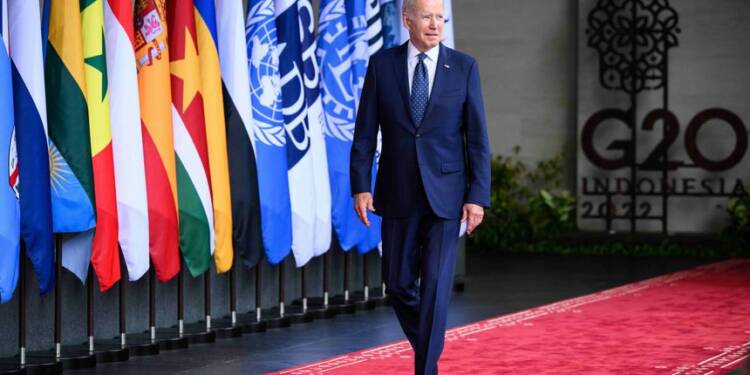 United States of America is once again doing what it does best with weaker countries. That is to play a dual game where the only winner is the USA itself. On one hand, USA is making announcements of its support for African Union’s admission to the G20 group and on the other it is making laws that put African nations at a great disadvantage.

US President Biden has recently signed into law a $430 billion bill that is seen as the biggest climate package in US history, designed to cut domestic greenhouse gas emissions as well as lower prescription drug prices and high inflation. However, this Inflation Reduction Act (IRA) has been criticised by the European Union and South Korea, who say it could hurt their car industries. Further, it could also negatively impact African nations that produce battery materials. What makes European Union and Africa at a disadvantage here is the fact that under IRA, U.S. carmakers will get tax credits if they source at least 40% of battery materials domestically or from American free-trade partners.

Now, the United States has a Free Trade Agreement in place with only one African country, Morocco. However, the continent is a key copper producer and Democratic Republic of Congo produces most of the world’s cobalt. These are among the key metals used to make batteries. According to a Cobalt Institute report, Congo produced 74% of the world’s mined cobalt last year while the next-biggest single producer, Australia, was responsible for just 3%. Therefore, it risks carmakers replacing Congolese cobalt with Australian, Canadian, Moroccan, or U.S. cobalt.

The IRA aims to boost U.S. mining and processing, which some companies fear could come at the expense of value-added processing in Africa.

“The IRA was intended to push out China, and what it’s ended up doing is pushing out the DRC, and the EU, and South Korea,” said Indigo Ellis, managing director at consultancy Africa Matters Limited.

Now there are many projects across sub-Saharan Africa aiming to produce battery materials like lithium, nickel and graphite. But IRA puts them in a considerable disadvantage while making USA an attractive location for such projects. This Act thus only benefits US and its Free Trade partners while African countries stand to lose heavily. Now this issue is set to be a major talking point at the US-Africa leaders’ Summit in Washington where Biden will meet Presidents of African countries. Only time will tell whether such talks will yield any result or not.

However, as a “compensation” for betraying Africa, US is now going to announce its support for the African Union’s admission to the G20 group of the world’s largest economies as a permanent member.

The IRA is going to cost Africa dearly. As of now, “only passenger EVs assembled in North America (U.S., Canada, and Mexico) are eligible for a $7,500 tax credit incentive. Those who buy used EVs will also be eligible for $4,000 tax credit— only if 40% of the critical minerals (like lithium) used in electric car batteries in 2023 are extracted, processed, and recycled in North America or a country having a free-trade agreement with Washington.

By 2026, this tax credit will be available only if 80% of the critical minerals are sourced from these territories.

50% battery components also need to be manufactured and assembled in North America or specified countries to avail tax credit benefits. This will increase to 100% by 2028. Starting from 2024 and 2025, tax credit benefits will not be available if minerals or battery components respectively are sourced from a “foreign entity of concern”. Now there are growing fears in Africa & also Europe that its companies may take their supply chains to the US. This will be huge blow for African economies that are already going through multiple crises along with political instability, governance issues, coups and what not, thanks to the West.