As the scrutiny on the US’ role in fuelling the Ukraine war grows in Europe, the US has already found its scapegoat. Now, US officials have started pinning the blame on European leaders 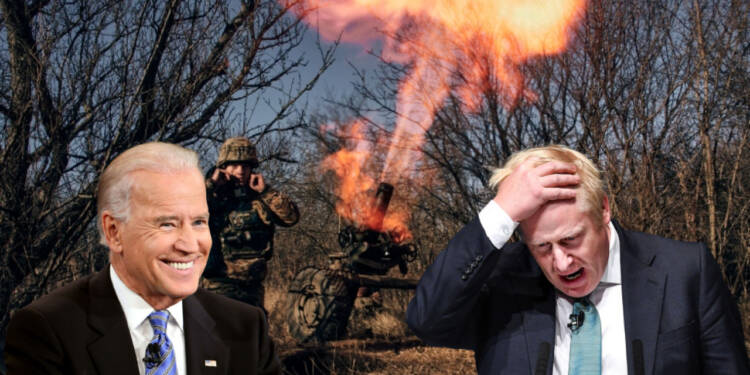 Ukraine Russia peace deal: In July, Russian President Vladimir Putin said that peace negotiations were going on between Russia and Kyiv in March. Putin, after meeting with the presidents of Turkey and Iran in Tehran, told reporters, “There were well-known negotiations in Istanbul, when we actually reached an agreement, the only thing left to do was to sign it.”

He, further, said that Russia even made concessions on the ground, militarily, for the deal. He added, “In order to create these conditions, our troops withdrew from central Ukraine, from Kyiv, but the Kyiv authorities refused to implement these agreements and have no desire to do so even now.”

Now, Istanbul peace negotiations have been cited by a Pentagon’s ex-advisor.

According to US Army Colonel Douglas MacGregor, Ukrainian President Volodymyr Zelensky was prepared to comply with some of Moscow’s requirements for peace in March. He ascribed the failure to reach a resolution to former British Prime Minister Boris Johnson.

According to MacGregor, in March, when Ukrainian and Russian delegates met in Istanbul, reports of a prospective agreement emerged. Under the proposed agreement, Kyiv would have renounced its desire to join NATO and agreed to maintain neutrality in exchange for Russia’s retreat to the front lines of February.

In an interview with military historian Michael Vlahos that was made public on Saturday, MacGregor asserted that the UK was to blame for the peace talks’ untimely end.

He said, “We have evidence that towards the end of March, Mr. Zelensky said ‘well, we could live with neutrality,’ and when that word reached Washington and London, people became incensed.”

“Boris Johnson represented Washington’s interests and said ‘absolutely not, we will support you to the bitter end. You must stand your ground and fight for every inch of Ukraine’.”

Not only MacGregor, but other US officials have asserted that Zelensky was prepared for peace in March. An “interim settlement” was reached in Istanbul, according to Fiona Hill, a seasoned US diplomat who worked as the senior director for Europe and Russia on the US National Security Council during the Trump administration.

Even Ukrainian media attributed the breakdown of these negotiations in May to Johnson’s pressure on Kyiv. According to the Ukrainskaya Pravda newspaper, the British prime minister unexpectedly visited Kiev on April 9 and informed officials that “even if Ukraine is ready to sign some agreements on guarantees with Putin, they [the West] are not.”

Clearly, Boris Johnson was acting on the behalf of Washington. Biden’s officials are now trying to blame the UK’s Boris Johnson. Blaming Johnson is the easy way out to blame others, because he’s not in the office anymore, and doesn’t hold any substantial power that could hamper Washington’s objectives in Ukraine.

Further, Washington is the one which has announced weapons every week to support Ukraine against Russia. This reaffirms what TFI has been saying since the beginning of war that Ukraine is just a proxy war between Russia and the West. US’ is reaping the economic benefits of the de-industrialisation of Europe. The Biden administration will do anything to extend the war as much as it can. It is already signing deals with weapon manufacturers to supply Ukraine with military aid till 2025.

Ukrainian President Volodymyr Zelensky is just a puppet in the hands of Western powers. It’s been ten months of the war and there is no sight yet when Ukraine has agreed to negotiate. So, when Western media tells you that Putin doesn’t want to negotiate, you’re being fooled. And further, Western powers, UAE, Saudi Arabia and Turkey are just negotiators, peace depends on the willingness of the parties involved.

Biden doesn’t want its share of blame for the Ukraine war. Therefore, he has started to blame others for it.