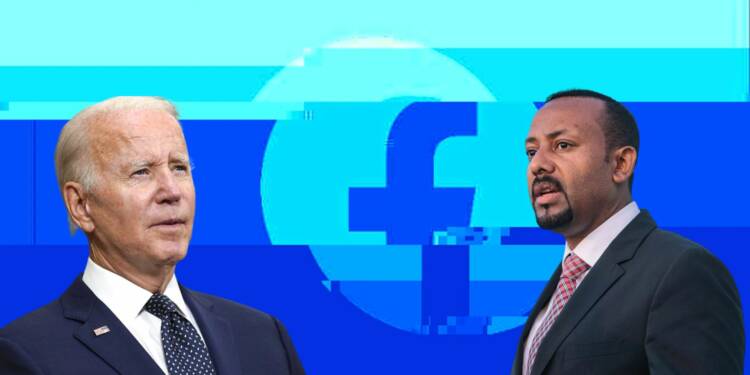 The social media behemoth Facebook has almost evolved into the global communities’ meeting place, petition site, and megaphone. The chain reaction may have begun in the Middle East with outraged Facebook friends, but it ultimately resulted in citizen movements and demonstrations that changed the landscape not just in Tunisia, Egypt, and Libya, where dictatorships were overthrown, but also in Syria, Yemen, Bahrain, and other countries. Facebook has emerged as the new protest infrastructure. The dominant social networking platform has the ability to improve things in the world. Does it want to, though? Definitely not. Facebook has long served the interests of its American patrons by promoting initiatives that align with US foreign policy goals. In its bid to please Uncle Sam, it has lost all concern for the lives that are lost every day in nations like Africa as a result of its erroneous practices.

According to recent reports, a legal case has alleged that Facebook’s algorithm helped fuel the viral spread of hate and violence during Ethiopia’s civil war.

Abrham Meareg, the son of an Ethiopian academic shot dead after being attacked in Facebook posts, is among those bringing the case against Meta. They want a $2bn (£1.6bn) fund for victims of hate on Facebook and changes to the platform’s algorithm. The case, filed in Kenya’s High Court, is supported by campaign group Foxglove. Meta has a content moderation hub in Kenyan capital Nairobi.

Last year Mr. Meareg’s father became one of the casualties of the country’s violence. On 3 November 2021, Prof Meareg Amare Abrha was followed home from his university by armed men on motorbikes and shot at close range trying to enter the family home. Threats from his attackers prevented witnesses coming to his aid as he lay bleeding, his son says. He died lying on the ground seven hours later. Before the attack, Facebook posts slandered and revealed identifying information about him, his son says.

Despite repeated complaints using Facebook’s reporting tool, the platform “left these posts up until it was far too late”.

Be clear, Facebook has already been charged with not doing enough to halt the dissemination of materials encouraging racial hatred and violence in Ethiopia. Whistleblower Frances Haugen, a former employee, testified to the US Senate in 2021 that the platform’s algorithm was “fanning ethnic violence… picking up the extreme sentiments, the division” because those posts attracted high engagement, while Facebook was unable to effectively identify dangerous content and lacked sufficient proficiency in many local languages, including some spoken in Ethiopia.

When it comes to preventing the spreading and dissemination of false information and content that incites hatred and violence against different ethnic groups, Meta and other social media firms fall woefully short. And occasionally, even after complaints, it takes too long to delete stuff.

Simply put, Meta has been working for years to maintain racial conflict in Ethiopia. Who really benefits from this? The United States of America.

As it is seen, Ethiopia is confident of its independent, non-aligned foreign policy, which avoids conflicts between superpowers. PM Abiy has frequently criticised the United States for its imperialist and patronizing treatment of African countries as well as for attempting to foist its political narrative on the entire globe. Because of this, the US continues to harass Ethiopia by backing the TPLF as a way to vent its frustration.

Throughout the conflict, the West, especially the US, has provided the TPLF with political, military, and psychological support. a politically unstable Ethiopia serves only Biden’s political ends. We have already seen how the US has time and again tried to obstruct the Ethiopian peace deal using its minions in the African Union. A volatile Ethiopia provides the U.S with an avenue to meddle in the country’s internal affairs under the guise of humanitarian concerns.

Social media organisations have occasionally served the American government’s needs, for better or worse, including unquestionably in the lead-up to wars. However, while being American businesses, Facebook, Twitter, and Google are not national. They are forums for global conversation with material that is published and produced globally. Therefore, it is imperative that African nations like Ethiopia enact stronger laws to limit the effect of such prejudiced platforms.