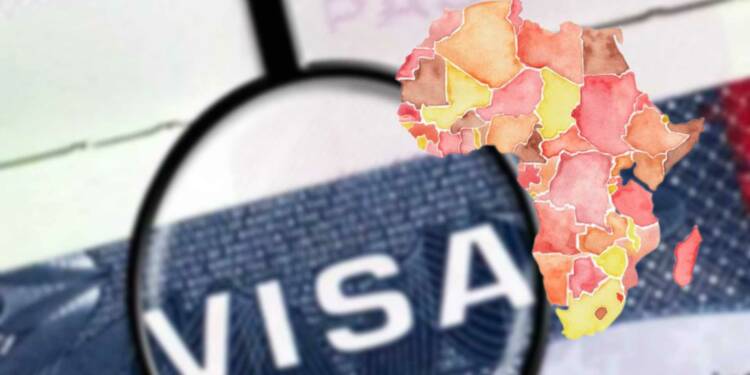 The glaring economic disparity in Africa is something the continent has been combating for long. For its economic development Africa has long been dependent on aid and grants mostly from the West. In fact, Africa accounts for around 20 percent of U.S. aid. This situation doesn’t bode well for Africa in the long run.

However, in all this one issue that is largely ignored is the issue of visa restrictions for Africans throughout the continent.

Visa restrictions in Africa have economic consequences for the continent as well. According to the African Development Bank’s Africa Visa Openness Report 2018, African citizens need a visa to travel to 51% of other African countries, 24% demand a visa on arrival and only 25% operate visa-free travel for fellow-Africans.

Further, the 2022 edition of the Africa Visa Openness Index states that Benin, Seychelles and Gambia are the only African countries that allow visitors from any other African nation to enter without needing a visa.

In contrast Sudan, Equatorial Guinea and Libya require all African visitors to have visas in-hand before travel. Further, almost half of the nations across the continent still impose visa restrictions on citizens of at least one other African nation.

The index is produced jointly by the African Union and the African Development Bank. These institutions note that in order for the fledgling Africa Continental Free Trade Area to succeed, non-tariff barriers, such as visa restrictions, need to be dismantled.

It is important to mention here that applying for a visa is costly and time-consuming for anyone wishing to trade with or study in another African country. This is a major impediment for African integration and Africa might also lose its talent pool to other countries. Brain drain from African countries is already a major challenge in the continent and such visa restrictions could only exacerbate the issue further. Although Africa has taken initiatives like African Continental Free Trade Area (AFCFTA) that promises broader and deeper economic integration and aims to attract investment, boost trade, provide better jobs, reduce poverty, and increase shared prosperity in Africa, however for it to succeed, non-tariff barriers, such as visa restrictions, need to be dismantled as noted by the index jointly produced by the African Union and the African Development Bank.

Is a Visa-free regime in Africa possible?

Although a few countries have already taken such measures. Nations like Namibia and Botswana have already announced that nationals from these two countries would soon be using their identity documents (IDs) as travel documents.

Similarly, Uganda has also eased visa requirements for South Sudanese nationals. However, such measures have only been limited to a few pockets in the continent and it needs to be implemented at greater level going forward. Although for that to happen, Africa must resolve its security challenges in their respective regions. Greater stability, peace and good governance will go a long way in this regard.

Developments like Central African Countries coming together to build three gas pipelines measuring about 6,500 km by 2030 certainly is heartening.

Africa should definitely build on this momentum and pave the way for a visa-free regime in near future which will usher in a new era of regional co-operation and unity while reducing its dependence on the West for aid and grants.