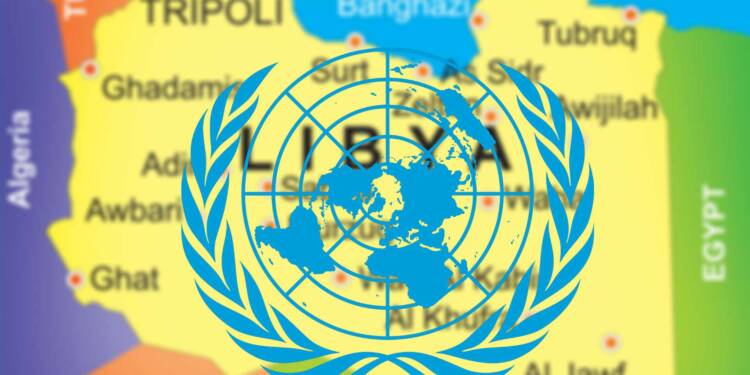 With every passing day, UN is fast losing its relevance. The UN, dominated by the West has become a toothless organisation. Often times, the UN has served less as an impartial international organisation that genuinely works for international peace and progress and more as a tool for advancing the interests of the powerful western nations, most notably, the US. This is most striking in the African continent today. The military interventions under the UN banner has been deployed in the continent to deal with armed conflicts however, in the past two decades, it has created more crisis than solving them.

Today, as the crisis in Libya is continuing for a decade now, the UN is once again up for securing its own interests even at the cost of “dividing” the nation.

Plans to hold elections last year had collapsed in Libya and it has not been held since. This has recently worried the UN and now it is desperately pushing for elections in the country.

A special UN envoy has warned that Libya must hold elections or face further divisions.

Abdoulaye Bathily said that signs of division in the country are already evident and he also urged influential nations to pressurise Libya’s rival leaders to finalise the process that will lead to elections.

Many had hoped that the elections would mark the end of a unending conflict in the country. However, the last attempt to hold elections failed last year amid arguments between major factions and prominent candidates.

Now, as the anniversary of the postponed elections approaches, the UN seems to have become impatient for an election. Mr Bathily has also warned that the presence of foreign fighters, forces and mercenaries continues to pose a “serious challenge to the safety and security of Libyans”.

Why is the UN pushing for elections?

Libya plunged into crisis a decade ago when a NATO-backed uprising toppled Muammar Gaddafi. The crisis has been fueled by the West. It toppled the gaddafi regime for its own personal interests and the country then split into rival governments — one in the east, backed by Field Marshal Khalifa Haftar, and an administration based in Tripoli is headed by Abdul Hamid Dbeibeh.

Now, it is being said that Gaddafi’s son Seif-al-Islam, will run for Libya President.

He even announced that he wanted to restore the lost unity of Libya after a decade of chaos. Now, if he indeed runs for President it will spoil all the decade long plans of the West for Libya. The Gaddafi’s son is backed by the Haftar regime which is supported by Russia.

Russia already has a significant presence in Libya as its mercenary group Wagner is deployed in Libya. Further, Seif-al-Islam, enjoys popular support in the  country and also enjoys a good reputation despite West’s attempts towards maligning his image.

The West has already unleashed the International Criminal Court (ICC), against Seif-al-Islam and is pursuing him over allegations that he committed crimes against humanity during the 2011 civilian unrest. Thus, if Seif-al-Islam, backed by Russia comes to power, the US dreams of controlling Libya will be buried forever.

Hence UN is threatening that if elections are further delayed, it will lead to partition of the country. We know, how the US is notorious for “regime change” operations around the world through which it installs puppet regimes and fulfills its geopolitical goals.

Now it is only likely that Biden and his allies somehow want to influence the outcomes of the election to help its puppet Dbeibeh.

UN envoy Mr Bathily’s “warning” against the presence of foreign fighters, forces and mercenaries might be in reference to Russia and the Wagner group. The west is wary of its growing presence and Seif-al-Islam coming to power is a nightmare for the US. Finally, it has turned to UN which is threatening a possible division of the country if elections are not held immediately. After a series of failures in bringing peace and stability in Africa despite years of military interventions, this fear-mongering by the UN in Libya is a laughable self-goal.