Canada, China, India and more: Justin Trudeau should get the inaugural “Trudeau Awards for Hypocrisy” 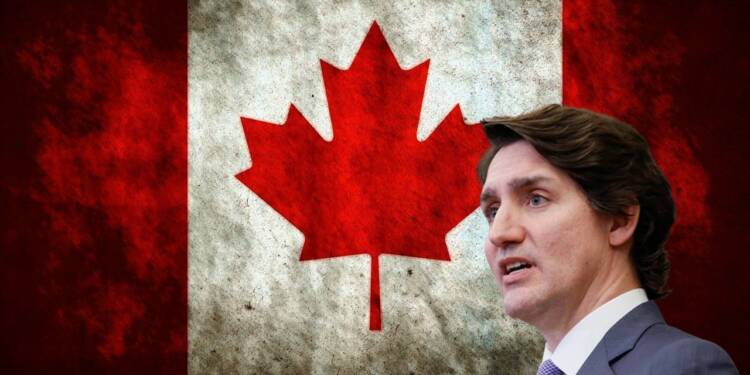 Hypocrisy of Trudeau : Politics is fueled by hypocrisy. Our political system is fundamentally entwined with hypocrisy. You start to go farther down the rabbit hole the instant you label someone else a hypocrite. One of the most renowned political thinkers of all time, Niccolo Machiavelli, actually defended hypocrisy in his 16th-century classic, “The Prince.” His beliefs were based on political deceit.

Today, political leaders all around the world have accepted Machiavelli’s demand for governing by hypocrisy . A thriving genre of political expression is hypocrisy. Yes, be it  Biden, Zelensky, or Kagame—all are ace hypocrites.

But if there is one leader in the contemporary era who has mastered Machiavellian counsel to the superlative, it is Justin Trudeau, the prime minister of Canada. The notion of hypocrisy appears to have been yanked verbatim from the Trudeau lexicon. Tell me, why shouldn’t we honour Mr. Pecksniff by giving him the lifetime achievement award for being the town’s best hypocrite?

I’ve probably stated it numerous times if not hundreds of times, that only a few other political figures better epitomise the phrase hypocrisy than Canadian Prime Minister Justin Trudeau. Consider his stance on protests against lockdowns. He doesn’t mind if that occurs in China. But hold on a second, wasn’t there a group named the Freedom Convoy in Canada that fought COVID-19 requirements like vaccinations and lockdowns? What was Trudeau’s reaction to that? The Emergencies Act.

Less than a week after testifying over his use of the Emergencies Act to quash truckers in February, Prime Minister Justin Trudeau suddenly supports protests against Covid-19 mandates breaking out all over China. China has seen widespread anti-lockdown protests with authorities clamping down on dissidents throughout the country. On Tuesday, Trudeau told reporters that he supports the Chinese freedom protests and the rights of people to “express themselves” over Covid-19 mandates.

“Everyone in China should be allowed to protest. We will continue to ensure that China knows we will stand for human rights and with people who are expressing themselves,” he said. What about those Canadians from February of last year who were so eager to peacefully express themselves and perhaps even have a brief chat with Trudeau? Trudeau was not on their corner. He was evading the city

In response to the Freedom Convoy’s unwelcome Covid-19 mandates and travel restrictions, Trudeau declared that the demonstrators harboured “unacceptable ideas” and would be dealt with appropriately. “The small fringe minority of people who are on their way to Ottawa, who are holding unacceptable views that they are expressing, do not represent the views of Canadians,” said Trudeau.

To make matters worse, Trudeau reiterated last week at the Emergencies Legislation Inquiry that he had no remorse about using the act. He opted to direct more of his vitriol towards the truckers and demonstrators, claiming that they weren’t simply opposed to his policies but also wanted the federal government to “follow” their irrational demands regarding personal safety, absolutely horrendous, to say the least.

In addition, Indians still perceive Trudeau’s scatological comments during the Indian farmers agitation objectionable. This is the reason many self-respecting Indians had smug satisfaction at his fate during the Freedom Convoy. Everyone should be able to express themselves freely in China or India, but don’t do  that in Canada as you may get a cop’s kick in your face.

The fundamental human characteristic of hypocrisy separates us from every other living thing on the world and makes us the alpha carnivore, enabling us to dominate over everything. Trudeau, however, has excelled at this virtue more than any other mortal. Hypocrisy is the theme song of the Greatest World Circus. The introductory song begins with a tyrannical Trudeau moaning about Xi Jinping, who was **checking notes** putting the brakes on protests in line with Trudeauan plan.

The people of Canada must hold Trudeau responsible. Given the hardships he has put them through, it is past time that Canadians voted the prime minister out of office. Just as much as he should have won an Oscar for his awful theatrical abilities, Trudeau deserves to win another election.