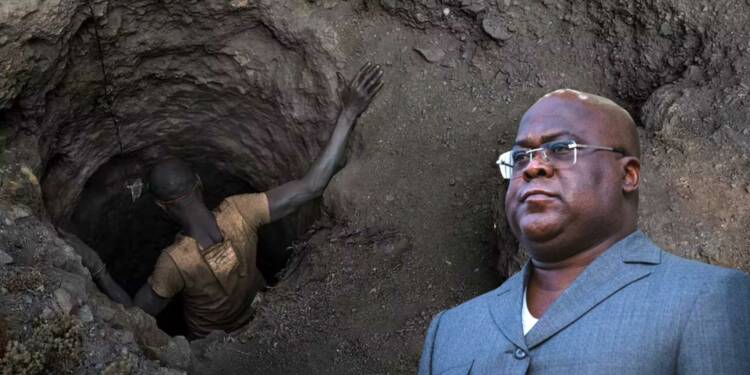 Ivanhoe Mines Ltd., a multibillion-dollar Canadian mining business, and its American-born founder Robert Friedland assert that the Democratic Republic of the Congo is poised for economic glory (DRC). Friedland’s company risked a lot of money on mineral prospecting in the Central African Copperbelt 25 years ago, despite the dangers of civil war and the looming threat of regime change. Now, after years of grit and perseverance, it can boast of a unique and valuable asset—greatest-ever Africa’s copper discovery. With the highest ore grades in the world, this project is destined to become the third-largest copper producer in the world by 2024 and the second largest after some more years.

As Ivanhoe Mines launches its product in a world that is changing, time has also brought good fortune: the shift away from the fossil fuel era and the tremendous demand for renewable energy infrastructure it involves are expected to drive up demand for copper.

However, there have been unsettling indications that there might be corruption along the route. Evidence suggests that a senior Ivanhoe Mines executive made arrangements with a politically connected person to split a potentially lucrative portion of local subsidiaries in recent years, doing so just as the Congolese government appeared to be acting illegally to protect the core of what Ivanhoe Mines now refers to as one of its “key assets.”

As a result, the publicly traded firm has been able to retain exploration rights that, according to the law, it should have given up years ago. However, it seems to have just realised their value just before they were set to expire.

The company effectively seems to have gained the authority to ignore domestic laws and regulations intended to maximise the value which Congolese people receive for the sale of their country’s mineral wealth, aiding in the establishment of elite capture of the DRC’s natural resources and impeding the rule of law in one of the world’s poorest countries.

Since then, Ivanhoe Mines has aggressively marketed these assets on global stock exchanges and apparently entertained at least one significant cooperation about them, raising the possibility that the corporation intended to circumvent Congolese law in order to obtain funds in the world of high finance.

Ivanhoe Mines has defended its business relations with Théophas Mahuku in the past. Zoé Kabila is the brother of former President Joseph Kabila, who was just two months away from ending his 18-year rule at the time the important events covered here were taking place. Reports add to Ivanhoe’s history of tight collaboration with Mahuku, who has boasted in public about his capacity to use his connections in the government to resolve the issues of his business partners.

There are reasons to think Ivanhoe’s habit of supporting people with connections to influential government individuals may have persisted beyond Kabila’s presidency. According to recent news reports, a close adviser to President Félix Tshisekedi was caught on hidden camera bragging about his personal business dealings with Ivanhoe and offering to assist other unidentified people in channelling political donations through contractors, among other things.

All of this emphasises how important it is for Ivanhoe Mines to provide a convincing justification for why Mahuku continues coming up at critical regulatory junctures for the business and how it could have legitimately asserted many of the mineral rights it currently controls. The existing documentation raises serious questions about corruption. The events detailed in this report, however, at the very least, demonstrate how the state reportedly let a significant foreign actor and a politically connected local business partner to flout the law.

This article is Part 1 in a series of two articles and the Part 2 will be published soon.