West will care about ISIS only when it is in Syria 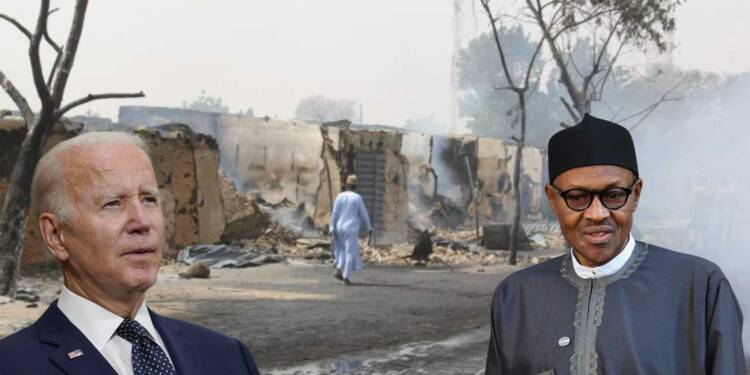 ISIS in Nigeria: The destructions that ISIS unleashed on Syria is well known. At its peak, it held about a third of Syria and 40 percent of Iraq. It mostly grew by taking advantage of growing instability in Iraq and Syria to carry out attacks and bolster its position.

The ISIS was weakened and faded into obscurity for several years after the surge of U.S. troops to Iraq in 2007. The US-led coalition began a massive military operation against ISIS in Iraq and Syria for years and the US declared victory over ISIS in 2018.

Whereas the US was a key factor for ISIS defeat in Syria and Iraq, however, it’s not at all concerned about the steady rise of the terror group in Nigeria.

As per reports, ISIS is gaining ground and making inroads in Nigeria as the country prepares for elections in 2023. According to a report by SBM Intelligence, a Nigerian-based intelligence research consultancy, the ISIS-backed Islamic State West Africa Province (ISWAP) had a “successful year” in Nigeria in 2022, carried out attacks in the capital, Abuja; Kano; Kaduna; and is now setting up bases in and around Niger State.

The report states that the terror group also continued its expansion in the country and has now made inroads into the southern part of Nigeria and is reportedly responsible for an attack in Ondo, southwest Nigeria, which killed about 40 people.

However, the US conspicuously silent on the issue of growing strength of ISIS in Nigeria that is headed for elections next year.

This is especially shocking given the fact that Blinken had clearly stated that the US wants free and fair elections in Nigeria. Then why is US so indifferent towards Nigeria?

US turns a blind eye toward Nigeria

ISWAP has carried out significant attacks in recent months in Nigeria. On July 5, 2022, ISWAP militants raided the Kuje maximum prison in Abuja, which is in Nigeria’s capital.

As per media sources, the militants detonated “very high-grade explosives” which killed a security officer and injured three others. As a consequence of which, 879 inmates fled, more than half were returned to the prison while 443 inmates remain free at large. The raid occurred only a month after ISWAP gunmen detonated explosives and opened fire on a Catholic church in Ondo State, in Southwestern Nigeria. It killed at least 40 to 50 people and injured 87 others.

This was significant as it was the first time ISWAP was blamed for an attack in the Southwest of the country. Before this, it regularly carried out attacks in the northeast or northwest of Nigeria. Thus, ISWAP has launched a series of attacks against Nigerian security forces and other government targets in the country.

Further, it is also recruiting members and building support as they have learned to blend into the community at large by assuring the locals that they will not be harmed in ISWAP-controlled territories as long as they do not cooperate with the Nigerian military.

Thus, despite such significant advances that the terrorist organization has gained in the country the US has chosen to be a mute spectator even though it had called for “free and fair elections” in the country.

We at TFI had explained to our readers, that how the US wants to install its puppet regime in Nigeria and gain access to its resources by controlling the outcomes of the upcoming elections. Thus, the US which otherwise makes it a point to interfere in other counties’ internal affairs citing terrorism and human rights issues has mostly stayed quite on Nigeria even after significant advances by the ISWAP in the country which threatens the possibility of any free, fair or peaceful elections in the country.