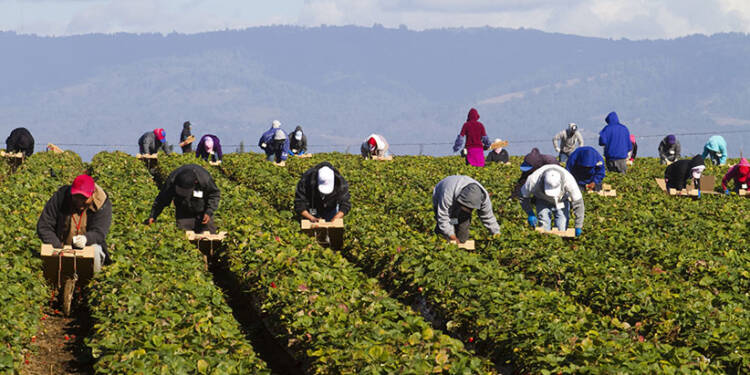 Temporary Foreign Worker programme: Our world has seen huge changes in political and governmental institutions, international relations, the economy, women’s and men’s rights, and social organisation and relationships over the last 500 years. However, the plight of the poor and helpless worker has not improved. Throughout recorded history, industrialised nations and cultures have profited on the free or inexpensive labour of conquered territories and the oppressed around the world. This imperialism persists in the twenty-first century, with Justin Trudeau’s Canada topping the list of modern-day colonialism.
The Temporary Foreign Worker (TFW) programme, which permits Canadian firms to hire migrant workers to fill temporary positions in order to overcome labour shortages has become a tool of exploitation.

For more than 50 years, the contentious programme has provided Canadian firms with migrant employees who can be paid less than Canadian workers while working longer hours and receiving less benefits. Now, because to an exceptional labor crisis that has seen the number of job openings in the country rise to a record high of nearly one million, the initiative has quietly expanded massively.

The number of approvals to hire temporary foreign workers shot up by more than 60 per cent in the first half of 2022 over the year before, and in April the federal government loosened restrictions introduced years ago to prevent employers from abusing the program.

Economists and labour advocates are concerned about the unexpected growth. They claim that while the changes help farms, nurseries, restaurants, and trucking companies hire more workers when labour is scarce, the Temporary Foreign Worker programme is also creating a rapidly growing second tier of workers who lack the same basic rights and protections as resident workers, resulting in abuse and mistreatment of workers who face deportation if they complain.

There have been evidences of grave human right violations by Canadian multinational firms. In Ontario, farm employees are not entitled to daily and weekly limits on hours of work, time off between shifts and overtime pay.

He added that if his employer thought workers were too slow, they would threaten them with deportation.

The Temporary Foreign Worker programme began in 1973 with the goal of addressing labour shortages for jobs that Canadians were unable or unwilling to perform, including as farm workers, domestic workers, and highly educated jobs such as specialty physicians and professors.

Under the “Low Skill Pilot Project,” the programme was expanded in 2002 to allow enterprises to apply to bring in foreign employees to fill employment in new areas such as food service and hospitality.

As a result, between 2000 to 2012, the population of temporary foreign workers in Canada more than tripled to 338,213 from 89,746, according to a report by the Metcalf Foundation, authored by Faraday. By 2014, a total of 567,977 people were working with temporary immigration status, the report said.

Following allegations that McDonald’s was abusing the program in 2014 — which lead to a federal probe — new regulations were implemented by then employment minister for the federal Conservative party, Jason Kenney, which put a cap on the number of foreign workers employers can hire and limited low-wage workers to no more than 10 per cent of a company’s workforce. Employers were also barred from hiring TFWs in regions where the unemployment rate was above six per cent.

Then, in April of this year, the regulations changed again.

The federal government revised the Temporary Foreign Worker programme to make it easier for firms to access low-wage temporary foreign labour by raising the number of migrant workers a company can hire in response to a record-high number of job vacancies in the aftermath of the pandemic. This relaxation of regulation enabled businesses to abuse low-wage migrant workers. In other words, the Trudeau-led Canadian government institutionalised migrant worker exploitation.

The great Western Enlightenment thinkers, such as John Locke and others, acknowledge the basic equality of all humans in their writings. All men are created equal, according to both the Declaration of Independence and the Declaration of Human Rights. Unfortunately, today, the Western countries like Canada think that only they are entitled to these rights and not others who they regard to be less civilized than themselves.

It’s a shame that the same liberal poster boy, Justin Trudeau, who condescends to other countries about “deteriorating democratic conditions,” maintains a complete silence when it comes to racial prejudice and brutal treatment of migrant labour in his own country. Dear Trudeau, people who live in glass houses should not cast stones towards others.