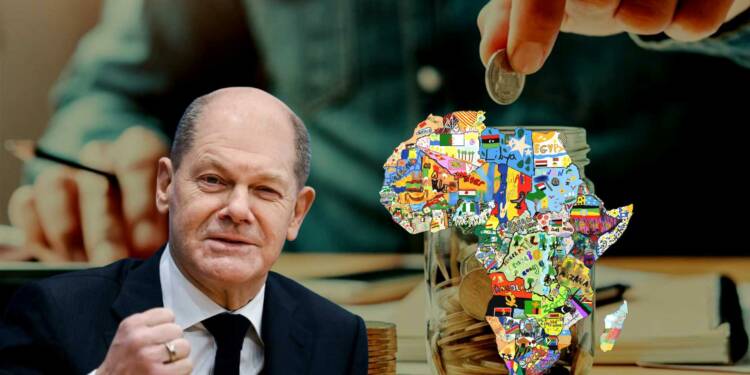 German-African Business Association: Ever since the Russia-Ukraine war the importance of Africa has skyrocketed. Now every major power today wants to expand their footprint in the continent. Today there is a great surge of foreign interest in Africa. From the US, China, Russia to major European powers like France, UK and Germany, all want a decent share of influence in the African continent.

The “Neo-scramble” for Africa has been going on for quite some time now. Now, one more major European power, Germany has also joined the fray and accelerated the process. However, is any of the powers actually interested in ensuring the well-being of Africa?

As per a report, German companies want to boost their activities in Africa next year, especially in areas such as green hydrogen and liquefied natural gas.

The poll of members of the German-African Business Association also showed that a further 39% of Association’s members aim to keep their spending levels in Africa stable.

“The majority of companies want to expand their activities in the coming year,” German-African Business Association head Christoph Kannegiesser told Reuters. “It makes sense, because the continent is still on a growth trajectory,”, he added.

German companies invested about 1.6 billion euros in Africa in 2021, out of which about 1.1 billion euros went to the sub-Sahara region, according to economic ministry’s data.

Germany is seeking to reduce its reliance on Russia for gas since the invasion of Ukraine like the rest of Europe.

Now it is pursuing the huge opportunities in the energy sector in Africa.

The German-African Business Association says that it represents around 85% of German businesses active in Africa. It now wants the government to give greater support through improved conditions for export credit insurance and investment guarantees from the German government.

The German-African Business Association thus wants to ensure African business is not just left to the United States and China.

In the backdrop of an ongoing energy crisis in Europe, its leaders now have no choice but to beg their way into resource-rich Africa, which can be an alternative energy supplier for Europe.

Read more: Germany’s Green energy sector is now at the mercy of Namibia

This “scramble” for Africa is not new. The first such scramble was when European colonists carved up the continent and seized African land. European wealth was thus built on the exploitation of African resources whereas Africa struggled under poverty and chaos.

Today, once again the West’s neo-colonialist attitude can be seen when it only wants to secure its own economic interests but Africa remains entangled in various conflicts. It’s such a shame that despite years of “economic & military assistance” by the West, Africa still has to fight insurgency, civil wars, poverty and what not? In fact, despite years of West’s military intervention, situation has only deteriorated. Lofty promises are made to African nations but are never fulfilled.

Today, Africa has become addicted to foreign aid. It does help in the short term. However, this can’t be a sustainable development model. Foreign aid has corrupted the Africa’s Political leadership. This in turn, only ends up helping the West in furthering their neo-colonialist designs.

If the West genuinely wants to help Africa, it must help it become self-sufficient. Africa needs to be treated as an equal and valuable partner in practice and not just in rhetoric. As Europe and other major powers rush to strengthen their strategic and commercial ties with Africa, the continent must handle this new charm-offensive wisely and must utilize it for its maximum benefit. It must pick up the stones casted towards it and make a castle instead of throwing them back. Greater transparency, honesty, zero tolerance for corruption and unity among its leaders can go a long way for a better, peaceful and prosperous Africa.