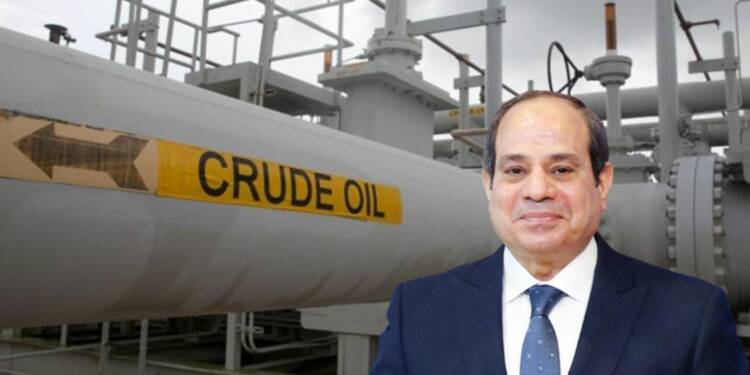 Egypt has been a net oil exporter throughout most of its history. The oil and gas sector is one of the major contributors to its economy. However, the situation for Egypt changed significantly in 2006, when declining production and increasing consumption turned the country into an oil importer. By 2012, Egypt had become a net importer of both oil and gas for the first time in its history. Now, finally El Sisi, its current president, is taking steps to once again reverse the situation and turn it into an oil surplus country.

Egypt launches new bid round for oil and gas exploration

Egypt has opened a new international tender for oil and gas exploration rights in the Nile Delta and Mediterranean sea, as per a report.

The tender was set for 12 blocks, split evenly in onshore and offshore blocks, and the deadline for offers in the bid round was set for April 30, 2023, the tender announcement showed.

The minister of Petroleum and Mineral Resources Tarek El Molla said the tender offered by the Egyptian Natural Gas Holding Co. is part of the ministry’s strategy to increase investment in the oil and gas sector.

Egypt has vast oil reserves however it’s production has declined in recent years because of which depended on oil import. Egypt holds 4.4 billion barrels of proven oil reserves as of 2016, accounting for about 0.3% of the world’s total oil reserves of approx. 1.65 trillion barrels.

Thus, Egypt by focusing on being self-sufficient in oil production has pre-empted any future attempt by the US to arm-twist Egypt to further its ambitions in Africa.

Egypt also wants to achieve self-sufficiency in petroleum products by 2023. Egypt’s Minister of Petroleum and Mineral Resources, Tarek El Molla, said that Egypt will reach self-sufficiency in oil products by 2023, benefiting from its new development projects in the oil sector. He further added that Egypt will upgrade its existing refineries and build seven new ones as part of a $7 billion project. The new facilities will be able to produce 6.2 million tons of oil products per year. Egypt also has plans to become a major hub for exporting gas to Europe.

Further, reports suggest that over the past six years, Egypt has achieved 295 new petroleum discoveries, 197 crude oil discoveries and 98 gas discoveries in the areas of the western and eastern deserts, the Mediterranean, Sinai, Delta and the Gulf of Suez. Egypt has discovered 53 new oil and gas sites in 2022, according to the Ministry of Petroleum and Mineral Resources’ 2022 Achievements Report.

The new discoveries include 42 oil wells and 11 gas wells in the Western Desert, the Suez Gulf, the Mediterranean Sea, and Nile Delta. Egypt is also set to invest a total of $2.1 billion in oil and natural gas exploration plans until 2025.
Egypt for years has long been seeking to transform into a regional hub for trade in gas and petroleum and finally its efforts are bearing fruits. With all this, it is clear that Egypt’s oil imports will not only drop but it will also become an oil surplus country very soon.